With spring practices completed across the nation, let’s speculate on which freshmen could have the biggest impact on their respective teams in 2011.

Texas’ struggles on the ground in 2010 have been well-documented. While the subpar play of the offensive line played a major role in the sluggish rushing attack, none of the recent highly touted running backs on the Longhorns roster has emerged as an every-down back. 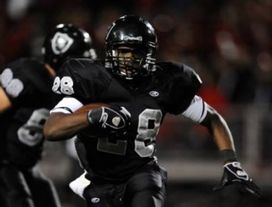 Malcolm Brown could be positioned to get a significant amount of carries at Texas.

The 6-foot, 220-pounder was arguably the top running back recruit in February, along with Georgia signee Isaiah Crowell, and many Texas fans are hoping for an impact similar to what Marcus Lattimore had on South Carolina last season. While those expectations are unfair, the truth is it’s too much to expect seniors Fozzy Whittaker and Cody Johnson to finally put it together in their last season in Austin. Brown could be a difference-maker and the every-down back that Mack Brown seeks this season. The Longhorns head coach stated that running the football will be crucial to the team’s success, and new offensive coordinator Bryan Harsin will be creative in getting this offense to move the football. Brown likely won’t be the No. 1 back early in the year, but his propensity to gain yards after contact and wear down defenses could be just the tonic the ‘Horns need to forget about their 5-7 campaign in 2010.

With Washaun Ealey no longer a part of the program in Athens, rising senior Caleb King is the biggest obstacle standing in the way of Isaiah Crowell eventually becoming the top dog in Georgia’s backfield. The star of the 2011 class, Crowell is part of head coach Mark Richt’s “Dream Team” that many expect to help the Bulldogs rebound from a tough 2010 season.

Georgia’s rushing attack is in desperate need of a difference-maker, which Crowell could be if he arrives on campus ready to work and is able to pick up the blocking aspect of the position. He not only has the ability to run between the tackles, but he can create in space and catch the football out of the backfield. It could be real fun to see Crowell match up with Marcus Lattimore when the Bulldogs and Gamecocks meet — although Crowell isn’t expected to carry such a big load, at least early in the year. But after rushing for 1,721 yards and 18 touchdowns in his senior season, Crowell's talent is unmatched in the Bulldogs' backfield. 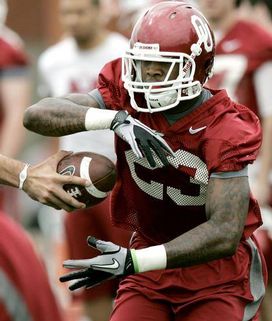 Brandon Williams has the size and speed to be a factor in OU's crowded backfield.

In Norman, Bob Stoops and Co. are looking to replace DeMarco Murray, who finally was able to stay healthy last fall to put together a solid senior campaign. I love Roy Finch because of his big-play ability and feel the Sooners have quality depth even without Brandon Williams. But his combination of size and speed as well as his ability to quickly get to the outside give co-offensive coordinators Josh Heupel and Jay Norvell an intriguing option if he can learn to pick up the blitz. He is solid coming out of the backfield as a receiver, and it just seems like it’s going to be difficult to keep him off of the field after being the jewel of the recent recruiting class, especially because he could be a factor in OU’s “diamond” formation, which features three backs. Don’t be surprised, either, if he sees action as a kick returner.

Head coach Brian Kelly put together an impressive Class of 2011 for the Fighting Irish, one headlined by early enrollee defensive end Aaron Lynch. If Notre Dame expects to contend on the national level, Bob Diaco’s defense must continue to improve. Based off of his performance in the team’s spring game, Lynch will be an integral part of the unit in 2011. The pass-rushing specialist was the star of the spring showcase, leading the way with seven tackles — including 1.5 for loss — and consistently pressuring the quarterback. The most impressive thing was that the 6-6, 260-pounder did a lot of the damage against the first-team offensive line. Along with linebacker Manti Te’o, massive tackle Louis Nix and end Kapron Lewis-Moore, Lynch could help make this defense one of the best in South Bend in years.

It’s not like Chip Kelly really needs any help for his offense in Eugene, but he will find ways to get the football to Colt Lyerla whether he’s lined up as a tight end, at receiver or in the backfield. One of the top recruits in Ducks history, the athletic Lyerla enrolled early and became a nice option for quarterback Darron Thomas through the air this spring. He was especially impressive catching the ball in traffic, and the Ducks are looking for players to catch the football with Jeff Maehl gone. The 6-5, 225-pound Lyerla, who caught three passes for 37 yards in the team’s spring game, is athletic and talented enough to play for Nick Aliotti’s defense at some point in the future — perhaps as a linebacker for position coach Don Pellum — but Kelly will put him to work on the offensive side of the ball in 2011, especially to take some of the load off of starting tight end David Paulson.

The Longhorns not only have a McCoy still on the roster (Colt’s younger brother Case), but Jordan Shipley’s little brother Jaxon is in Austin, as well. As good of a career as his older sibling had at Texas, the younger Shipley is faster and stronger than when his brother arrived on campus and is projected to have an even brighter future. With James Kirkendoll and John Chiles gone, Shipley has a chance to start early this season and team up with rising sophomore Mike Davis, giving whoever is under center two quality options in the passing game. Shipley may be the most-ready recruit from Texas' 2011 class, as he has good technique, good hands and a familiarity with the program in Austin. And, of course, the Longhorns crave playmakers on offense.

Jadeveon Clowney was the top-ranked recruit in the Class of 2011.

South Carolina DE Jadeveon Clowney: By now we’ve all seen the freakishly athletic Clowney on tape in his various YouTube-worthy highlight reels. The Class of 2011’s top player should be able to find reps on a deep Gamecocks defensive line — at the very least as a situational pass rusher. Coordinator Ellis Johnson already has Devin Taylor and Melvin Ingram to get after the quarterback, but i f Clowney shows a strong work ethic and maturity level early on, he can be turned loose.

Ohio State QB Braxton Miller: Miller could have made the initial list, but I just don’t think Buckeyes head coach Jim Tressel would insert Miller as the starter knowing that Terrelle Pryor is coming back to finish the season. I think Joe Bauserman or Kenny Guiton ultimately gets the call under center — though Miller was arguably the most impressive signal caller in the team’s spring game.

LSU DT Anthony Johnson: The Tigers have depth on the defensive line, but Johnson had a strong spring as an early enrollee. He is quick for a big guy and could have a role as a pass-rushing specialist on third down.

Clemson WR Sammy Watkins: The Tigers are in desperate need for playmakers in the new offense under coordinator Chad Morris. Watkins has the ability to burn defenses and make opposing cornerbacks look silly with his shake-and-bake style. He could emerge as the top option for new starting quarterback Tajh Boyd.