Alabama's top Class of 2011 RB Hart out for season

Alabama freshman running back Dee Hart, one of the top recruits in the Class of 2011, sustained a serious knee injury Tuesday and will miss the upcoming season, according to TideSports.com. 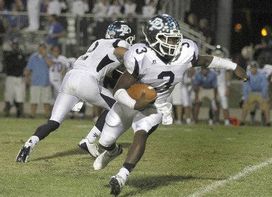 Alabama's backfield continued to lose depth with the season-ending injury to Dee Hart.

Riki Smith, who was Hart's former position coach at Orlando Dr. Phillips High School, said the freshman tore his ACL, per the report.

According to Smith, Hart will have surgery Thursday morning and is expected to undergo 7 to 10 months of rehab, pending surgery results. Even if he makes a fast recovery, the running back is still expected to miss the entire 2011 season.

One of the jewels of the Crimson Tide's top 2011 signing class, Hart was an early enrollee who participated in the team's spring game, where he had five rushes for 10 yards and a touchdown. He also caught three passes for 11 yards and returned three punts for 4 yards.

Without Hart this fall, 'Bama will be left with only three scholarship running backs: Heisman Trophy contender Trent Richardson, intriguing backup Eddie Lacy and sophomore Jalston Fowler. The Tide entered the spring with six scholarship backs but lost Demetrius Goode to North Alabama and Corey Grant to Auburn via transfers.