Broadcasting 101: never, and I mean NEVER, refer to anyone as “sweetcakes.”

According to a report, that’s exactly why veteran ESPN announcer Ron Franklin was pulled from his duties for the network’s Fiesta Bowl radio coverage on New Year’s Night. 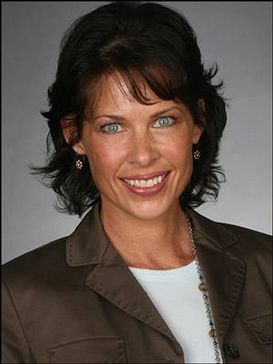 On Sunday, Sports by Brooks reported that Franklin, who works college football and basketball telecasts, referred to sideline reporter Jeannine Edwards as "sweetcakes" when she tried to join a conversation during a production meeting before Friday's telecast of the Chick-Fil-A Bowl in Atlanta. After Edwards took offense to the remark, Franklin followed up by allegedly using the term "a--hole."

Edwards reported the conversation to ESPN management, and the comments were confirmed with Ed Cunningham, a fellow ESPN announcer who was there with colleague Rod Gilmore. The network attempted to pull Franklin off the Friday telecast, but it was too late to find a replacement, according to the report.

Franklin was taken off Saturday's radio broadcast and replaced with Dave Lamont.

In a prepared statement, an ESPN spokesman said, "We made a late play-by-play change to the Fiesta Bowl radio team. We're not going to get into specifics other than to say adhering to our personal conduct policies and showing respect for colleagues are of the utmost importance to our company, and we take them extremely seriously."