…I hope Washington State head coach Paul Wulff has the chance to return to Pullman next season because he deserves to coach the young players who have gained valuable experience this season. The Cougars ended a 16-game Pac-10 losing streak with a 31-14 win at Oregon State last Saturday, and Wulff’s squad thoroughly outplayed the Beavers. The Cougars rushed for 221 yards and held the Beavers to just 97 yards on the ground while recording five sacks — including two each from Casey Hamlett and Brandon Rankin. Wulff has played 10 true freshmen this season, and only 17 of the 113 players on the roster have been in the program more than three years. Even more, 14 of the 22 players on the current two-deep defense are freshmen or sophomores. It's a faster and deeper team than when Wulff arrived, and it'd be great to see him get another year to develop these young players. 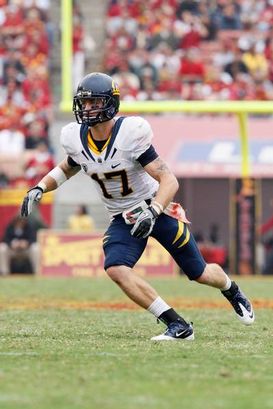 …Did Cal defensive coordinator Clancy Pendergast show the nation the blueprint for slowing down Oregon’s fast-paced, up-tempo offensive attack? The Golden Bears used a variety of defensive fronts, using three, four and five down linemen throughout the game to give the Ducks’ offensive line different looks. The Bears often had five or more defensive backs on the field, even after starting cornerbacks Marc Anthony and Darian Hagan were injured. They played man-to-man for much of the contest, and safety Chris Conte spent much of the time near the line of scrimmage spying on quarterback Darron Thomas. Perhaps most importantly, however, Cal made the defensive changes very quickly play after play — keeping up with the tempo of Oregon’s offense. Ducks running back LaMichael James had a season-low 91 rushing yards and failed to score for the first time this season. Keep in mind that Oregon’s offense averaged 54.7 points and 567 yards per game while winning its first nine games by at least 11 points.

…If nothing else, the Big East is providing great drama. Just when Pitt looked to be turning the corner, the Panthers drop a game to UConn, letting the once-dead Huskies back in the race. South Florida looked horrible for a good chunk of the season before reversing course, and now the Bulls have a chance to prove their worth on the field against Dave Wannstedt’s squad. West Virginia, which lost a stunner to UConn a few weeks ago, remains in the race after throttling struggling Cincinnati. And Syracuse, despite having two wins over FCS opponents, can still claim the league title.

…Despite being just 5-5 and 3-4 in the ACC, Boston College head coach Frank Spaziani deserves a lot of credit for getting his Eagles to continue to play hard all season. BC endured a five-game losing streak that dropped the team to 2-5 on October 23 — including a five-point loss to Florida State and a three-point loss to Maryland. The play under center from former starter Dave Shinskie and freshman Chase Rettig has been subpar, and the Eagles have endured a variety of key injuries. But behind stud running back Montel Harris and solid overall defense, the Eagles have won three in a row heading into this week’s home game with Virginia. With a win, the Eagles will be going bowling after being left for dead.