If you need any convincing about the impact of junior college players at the FBS level, just think back to the last two national champions. Alabama fans enjoyed watching the beastly Terrance Cody eat up blocks in 2009 while fans on The Plains enjoyed Heisman Trophy and Lombardi Award seasons from quarterback Cam Newton and defensive tackle Nick Fairley, respectively, last fall.

Which junior college players could make similar impacts in 2011? Let’s take a look (players listed in no particular order)…

DT John Jenkins, Georgia: The Bulldogs sorely lacked the talented tackle needed for Todd Grantham's 3-4 scheme to be effective last season. Now, the second-year UGA coordinator has one in Jenkins, a 6-3, 340-pound beast from Mississippi Gulf Coast, the same junior college that former Alabama mammoth Cody attended. Jenkins chose the Dawgs over such powers as Florida, Miami and Auburn. Certainly, Georgia fans are excited about what Jenkins can bring to the table. After all, the SEC is all about premiere defensive fronts. While third-year sophomore Kwame Geathers is currently the first-team nose tackle after his strong spring, it is only a matter of time before Jenkins picks up the speed and pace of rigorous practices as well as the Bulldogs’ scheme. 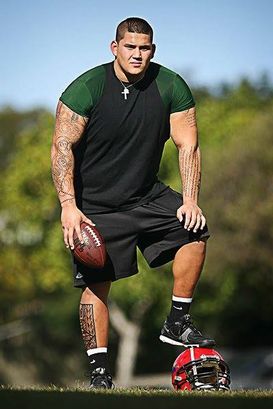 Jesse Williams should give Alabama some enforcements along the defensive line.

DT Jesse Williams, Alabama: While the Tide is set at linebacker and defensive back, Nick Saban is looking for fresh bodies to rotate in and out up front with the departure of Marcell Dareus to the NFL and Kerry Murphy’s battle with knee problems. Williams, a tattooed Australian who has come back from a knee injury last season, is ready to throw his 6-4, 320-pound frame into the mix.

WR Marcus Kennard, Texas Tech: The Red Raiders will always have a prolific passing attack no matter how much Tommy Tuberville wants to run the football. So Kennard, who caught a 29-yard touchdown pass in the team’s spring game, should make contributions immediately in the fall. He had 45 receptions for 893 yards and 13 touchdowns for Butler County C.C. in Kansas last season. His quarterback was Zach Mettenberger, the LSU transfer who lost out on the starting job in Baton Rouge to incumbent Jordan Jefferson. The 6-4 Kennard could fill the void left by Lyle Leong, who caught 19 scores for the Red Raiders last season.

Note: Mettenberger would have been at the top of this list, but Jefferson received rave reviews throughout the offseason after his work with quarterbacks coach Steve Kragthorpe, who stepped down as the team’s offensive coordinator last week because of health issues. At Butler County C.C. in 2010, the 6-5, 250-pounder threw 32 touchdowns against just four interceptions — clearly good enough to start most other places this fall. But he will remain on the sideline at least to begin the season.

DE Tank Carradine, Florida State: The Seminoles have a history of dominant rush ends, and Carradine certainly possesses some of the characteristics of those great players in the past. The 6-5, 255-pounder from Butler Community College in Kansas chose the ‘Noles over Ohio State and Georgia, and he could help FSU replace Markus White opposite stud Brandon Jenkins after racking up 119 tackles, 13.5 sacks and 29 tackles for loss last season. Sophomore Bjorn Werner currently occupies the spot at left end opposite Jenkins, but Carradine still has a chance to claim a starting job before fall practice concludes.

DT Maurice Couch, Tennessee: Derek Dooley’s squad has serious depth issues on the defensive side of the football, specifically up front. The 6-2, 305-pound Couch could become indispensable considering converted end Malik Jackson is the lone commodity at tackle. Couch was known for having very good burst off the ball at Garden City (Kan.) Community College, so it’s no wonder why he was one of the Vols’ top targets in the Class of 2011. Behind Couch, the Vols have only converted end Corey Miller, converted offensive lineman Daniel Hood and former walk-on Joseph Ayers. Expect Couch to be a big part of Dooley’s plans.

Note: Another name to keep an eye on as coordinator Justin Wilcox looks to fill out his defense is cornerback Byron Moore. While the Vols are set at safety with Janzen Jackson and Brent Brewer, the corner, nickel and dime spots are open. Moore is versatile and intelligent, so expect him to contribute early.

DT Sylvester Williams, North Carolina: The Tar Heels are loaded on defense once again despite losing so much talent to this past April’s NFL Draft. Despite checking in at 6-1 and 305 pounds, Williams is agile and the type of athlete that will cause problems for ACC offensive linemen. He will join fellow tackles Tydreke Powell and Jordan Nix in anchoring the inside of that line.

RB John White, Utah: The Utes always run the football well, but the team lost its top two backs from last season. White should be able to step in and contribute right away as Kyle Whittingham’s squad looks to make an instant impact in their first season in the Pac-12. The 5-9, 180-pounder rushed for 2,527 yards and 34 touchdowns in two seasons at Harbor College in California, and he could emerge as the team’s lead back — at least until true freshman power runner Harvey Langi is ready to carry the full load. At worst, White will be a very good complementary back for the Utes.

WR Rahsaan Vaughn, Oregon: Vaughn could be a big part of the Ducks’ offense after arriving from the College of San Mateo, where he racked up 1,005 receiving yards in 2010. The 6-2, 190-pounder has good size and speed, and he received plenty of reps Monday as the Ducks opened fall practice. With the clutch Jeff Maehl gone from Eugene, Vaughn and freshman Devon Blackmon will get looks from head coach Chip Kelly.