Iowa RB Hampton will miss the rest of the season

It wouldn’t be a normal season in Iowa City if the Hawkeyes didn’t have to employ any and all running backs on the depth chart.

Just like in 2009, Jewel Hampton will be lost for the year after suffering a torn ACL in his left knee during the second half of Saturday night’s loss to Arizona. 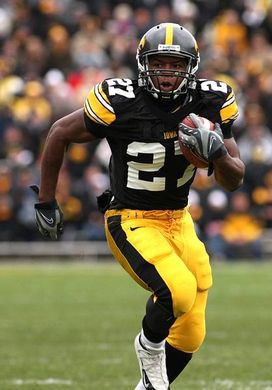 ICONJewel Hampton has been lost for the season once again.

And Hampton isn’t the only Hawkeye lost for the remainder of 2010.

Hampton, who set a school freshman record with seven rushing scores in 2008, missed last season with an ACL tear in his right knee. He made his 2010 season debut Sept. 11 against Iowa State after being suspended for the opener against Eastern Illinois following an arrest in June for public intoxication.

With Brandon Wegher no longer an option to step in, sophomore Adam Robinson will take center stage in the Hawkeyes’ backfield. Backup Paki O'Meara suffered a concussion against the Wildcats and will miss the game this week against Ball State.

However, true freshman Marcus Coker likely will return this week after injuring his shoulder early in fall camp.