Kansas State may wish it was home for the holidays

The inaugural New Era Pinstripe Bowl at Yankee Stadium in New York City between Kansas State and Syracuse on Thursday afternoon may not compare to the drama unfolding for the two teams off of the field — especially for the visiting Wildcats. 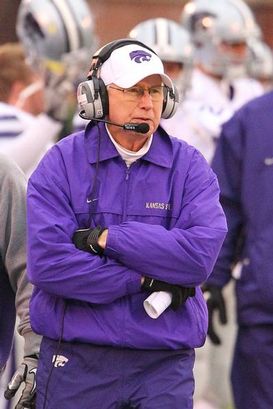 The two squads arrived in town on Sunday as 20 inches of snow blanketed the city, making it impossible for Kansas State to practice at Columbia University in the afternoon. Instead, Bill Snyder’s team was forced to hold a walkthrough at the team hotel.

On Monday, a pep rally scheduled for both teams was canceled as the local airports have been closed indefinitely. Kansas State’s afternoon practice was moved to the New York Giants’ indoor facility, which at least will have players feeling NFL-worthy for a day.

While the weather will always be a factor in the Midwest and East during the winter, it's hard to argue that playing a postseason game at the home of MLB’s Yankees is not great for college football. There isn’t a whole lot of tradition left in the sport, and anything that serves as an ode to the days when traditional squads such as Army and Notre Dame ruled the polls is a nice reminder of why college football is loved by so many.

Now we just need Mother Nature to cooperate and make sure the stadium is clear of snow by kickoff Thursday.