With the start of the new FBS college football season just a few days away, let's take a look at the National Football Post's preseason Top 25, which is an attempt to show what a prospective end-of-the-year rankings could look like before the postseason slate is unveiled.

Note: The top four teams are ranked in order of how I believe the College Football Playoff selection committee would seed them for the inaugural playoff. Nos. 5-11 are also ranked with the CFP in mind. The twelfth team that would be a part of the top six bowls is Houston, which would receive an automatic major bowl berth because the Cougars would be the highest-ranked Group of Five team. However, it would not need to be ranked exactly at No. 12 in order to earn a berth into either the Cotton, Fiesta or Peach Bowl. 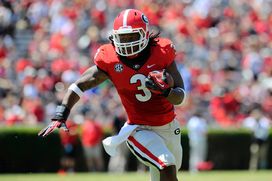