Week 2 is in the books, and Rutgers kicked off Week 3 in fine fashion Thursday night on the road with a win over South Florida

There may not be a large amount of top-tier games on tap this weekend, but there are certainly some solid matchups that will keep us glued to the television sets.

X-Factor: Crimson Tide exotic looks up front vs. Arkansas QBs...Last week against Louisiana-Monroe, Arkansas quarterbacks had trouble with the Warhawks' 3-5-3 defensive scheme. La.-Monroe constantly shifted defenders near the line to disguise their looks, and it really hampered freshman quarterback Brandon Allen, who stepped in when Tyler Wilson was injured. Allen finished 6 of 20 passing for 85 yards. Expect similar movement from the Crimson Tide despite playing a different base defense. We saw how the Tide battered Wilson last year when he was healthy. With Allen starting this week, expect a similar challenge for the youngster. And there's a chance that things could get ugly for John L. Smith's squad even at home. 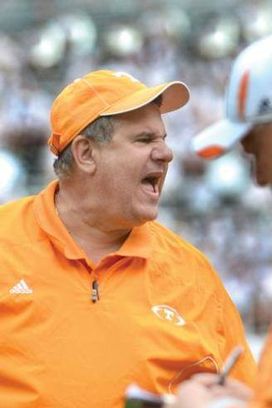 Vols DC Sal Sunseri will be cooking up some exotic looks for Gators QB Jeff Driskel.

X-Factor: Driskel vs Sunseri's 'D'...Last week in Florida's road test at Texas A&M, Gators quarterback Jeff Driskel struggled with avoiding sacks. The Gators netted a win, but it'll be tough to do that this Saturday against a Vols defense under Sal Sunseri that is primed to take advantage of a one-dimensional offense. And I'm not certain that Gators running back Mike Gillislee is 100 percent healthy. The Vols have lost seven in a row to the Gators, and I think Derek Dooley's squad puts that streak to an end.

Notre Dame at Michigan State: Everett Golson will face his first true road test as Notre Dame's starting quarterback. The question is whether he can deal with a Michigan State defense that is one of the best in the nation. If Golson struggles early, expect backup Tommy Rees to see the field. Defensively, the young Irish secondary must be able to stop an MSU passing attack that will continue to grow with quarterback Andrew Maxwell.

USC at Stanford: The Trojans have lost four of their last five to the Cardinal. Chase Thomas and the Stanford front seven could cause problems for a USC offensive line that will be missing center Khaled Holmes. But the Cardinal secondary has not tackled or covered well this season, and that's great news for a potent Trojans offense led by Matt Barkley, Marqise Lee and Robert Woods.

Wake Forest at Florida State: The Demon Deacons have won four of the last six meetings and two of the last three in Tallahassee.

California at Ohio State: Jeff Tedford's Golden Bears need a signature win after a sloppy start to the season.

North Carolina at Louisville: Teddy Bridgewater paces an exciting Louisville offense, while Charlie Strong's defense will face a UNC offense that will be without running back Gio Bernard and wide receiver Jheranie Boyd.

Texas at Ole Miss: The Longhorns face their first true test of the season. Meanwhile, Ole Miss quarterback Bo Wallace faces a test of his own against the Manny Diaz-led 'Horns defense.

BYU at Utah: This year's Holy War should be another good one. All eyes will be on whether Jon Hays can step in and lead the Utes offense with Jordan Wynn no longer with the program. And can BYU clamp down on star Utes running back John White, who was responsible for 174 yards and three touchdowns on the ground against BYU last season?