Week 1 of the 2012 college football season is in the books, so let’s take a look at how the National Football Post stacks up the Top 25 heading into the second week of the season.

As you will see, not much has changed from the preseason version. The biggest adjustments for teams are made from Week 1 to Week 2, so let’s see how this weekend plays out before we make too many quick judgments. 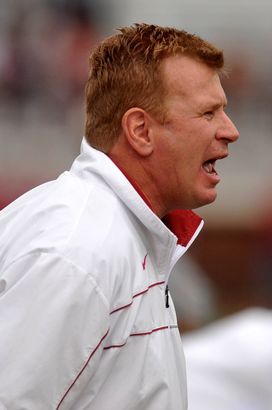 US PRESSWIREThe OU defense is expected to make a jump with Mike Stoops back in Norman.

3. Oklahoma (1-0) [3]
The Sooners didn't look great in any way, shape or form against UTEP, so there are a lot of things to work on in Norman in preparation for Week 2.

4. Oregon (1-0) [4]
It's scary to think of how good quarterback Marcus Mariota can be by the time his Ducks career comes to an end.

5. USC (1-0) [5]
Receiver/returner Marqise Lee is one of the most exciting players in America.

9. Michigan State (1-0) [9]
Quarterback Andrew Maxwell and the offense still need time to gel after a squeaker over Boise State.

11. West Virginia (1-0) [11]
Geno Smith will be scary good in his second season under Dana Holgorsen.

12. Clemson (1-0) [12]
Can the Tigers repeat as ACC champions? Dabo Swinney's squad started off strong with another win over Auburn.