Oklahoma is very good, but LSU has already proven that it deserves its top spot in the first in-season edition of the NFP Top 25.

The Tigers took care of business Saturday night against Oregon at Cowboys Stadium, but that was just the first step in what should prove to be a long, arduous journey this fall.

Let’s take a look at how the National Football Post stacks up the rest of the Top 25 teams in the nation after the first week of the year. 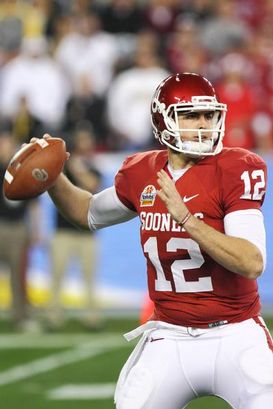 ICONLandry Jones and the Sooners had no trouble scoring against Tulsa.

6. Oklahoma State (1-0) [7]
WON 61-34 vs. Louisiana-Lafayette
Todd Monken won his debut as the new offensive coordinator in Stillwater as the Cowboys won their 16th straight home opener.

7. Virginia Tech (1-0) [8]
WON 66-13 vs. Appalachian State
David Wilson ran for 162 yards and three touchdowns in the first half and the Hokies scored on a blocked punt for the 17th time under Frank Beamer in the win.

8. Nebraska (1-0) [9]
WON 40-7 vs. Chattanooga
The Cornhuskers won their 26th consecutive opener — the longest streak in the nation — behind 135 rushing yards and three touchdowns from Taylor Martinez.

9. Arkansas (1-0) [10]
WON 51-7 vs. Missouri State
Joe Adams tied an SEC record with two punt returns for touchdowns as the Razorbacks cruised to victory over the Bears. 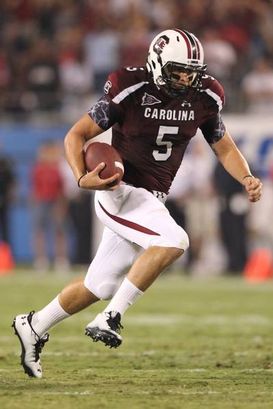 ICONStephen Garcia came off the bench and gave the Gamecocks a spark against East Carolina.

13. South Carolina (1-0) [14]
WON 56-37 vs. East Carolina
Stephen Garcia came off the bench to lead the Gamecocks to 56 points as Steve Spurrier improved to 42-0 against schools outside the BCS automatic qualifying conferences.

15. Mississippi State (1-0) [16]
WON 59-14 at Memphis
Vick Ballard rushed for 166 yards and three touchdowns as the Bulldogs took care of business against the Tigers at the Liberty Bowl.

16. Wisconsin (1-0) [19]
WON 51-17 vs. UNLV
In his debut for the Badgers, Russell Wilson ran for a 46-yard touchdown and threw two scores while Montee Ball found the end zone four times as Bret Bielema’s squad cruised to victory over the Rebels.

17. Michigan State (1-0) [17]
WON 28-6 vs. Youngstown State
B.J. Cunningham had nine catches for 130 yards and a touchdown as the Spartans eventually pulled away from the Penguins after a sloppy start. 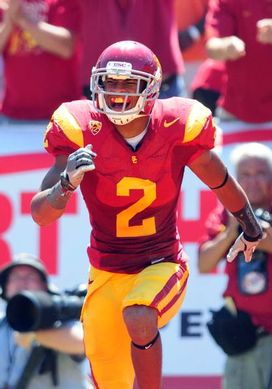 21. USC (1-0) [21]
WON vs. Minnesota 19-17
Robert Woods set a USC single-game record with 17 catches as the Trojans held on to beat the Gophers. Woods had 177 receiving yards and three touchdowns in the victory.

22. Missouri (1-0) [23]
WON 17-6 vs. Miami (OH)
The Tigers used Dayonne Nunley’s interception to lock up its victory and extend their nonconference regular-season winning streak to 22.

23. Maryland (1-0) [25]
WON vs. Miami (FL) 32-24
Randy Edsall bested Al Golden in a battle of head-coaching debuts behind 348 passing yards and a touchdown from last year’s ACC freshman of the year Danny O’Brien.

25. North Carolina (1-0) [NR]
WON 42-10 vs. James Madison
Bryn Renner threw for 277 yards and two touchdowns while setting an ACC record for highest single-game completion percentage as the Tar Heels made interim head coach Everett Withers a winner in his debut.