Tuesday morning in Dallas, Nike unveiled the new uniforms that Oregon will wear when it faces Auburn in the BCS national championship game on Jan. 10 in Glendale, Ariz. 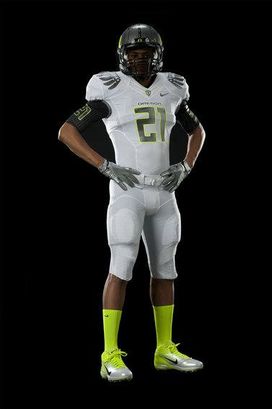 Designer Todd Van Horne talked about creating uniforms that would maximize the speed of the players after consulting with Ducks head coach Chip Kelly.

"We worked with him and designed something that will actually look like blur on the field," Van Horne said.

Click here to check out more photos from OregonLive.com.

The Beaverton-area based company hosted the event at Cowboys Stadium in Arlington, Texas. Nike also planned to unveil the new uniforms for TCU, Boise State and Florida.