Ohio State running back Jaamal Berry was involved in an assault case Wednesday on campus and was admitted and released from the OSU Medical Center, according to the Ohio State student newspaper, The Lantern. 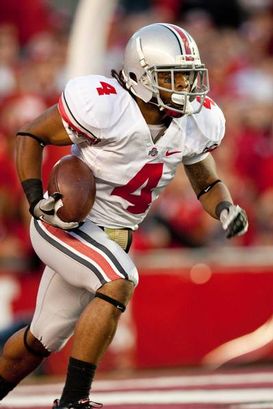 The incident, which OSU police described as an "assault" on another student, occurred Wednesday morning. No charges were filed, but the victim "sustained bruises on his neck," according to the police report, which listed the incident as a misdemeanor in the first degree with use of weapons including "hands, feet, teeth."

According to the paper, two males were witnessed "wrestling on the ground" in the South Oval, and Berry "appeared confused and disoriented" and was unable to tell the officer his name. Police determined that Berry was unable to provide any of his emergency contact information, but the running back voluntarily went to the OSU emergency department. He was admitted to the emergency room and later discharged, but his reason for being admitted was not released.

Berry has appeared in three games this fall and leads the Buckeyes in kick returns with 7 returns for 150 yards. His status for Saturday's home game against Michigan State is uncertain, but I'll be sure to pass along more details if and when they become available.