Possible replacements for Tedford at Cal

With Jeff Tedford being informed that he will not return as head coach at Cal in 2013, the Golden Bears will have to begin the search for his replacement.

So who could be in the mix to land in Berkeley?

Let's take a look at some possible candidates for athletic director Sandy Barbour...

Charlie Strong, Louisville head coach: We know that Strong will be a candidate for at least a few openings this offseason, particularly the one in Fayetteville. And because he is a native of Arkansas and he has strong SEC ties, Strong would be a perfect fit at an SEC school. But he interviewed for this opening before Tedford was hired years ago, and Strong has mentioned in the past that he was disappointed that he was a runner-up. Cal has much better facilities now, a renovated stadium and obvious recruiting prowess. Would Strong be interested in a non-SEC job if he indeed decides to leave Louisville, where he is very comfortable but could be concerned about the school's current conference situation? 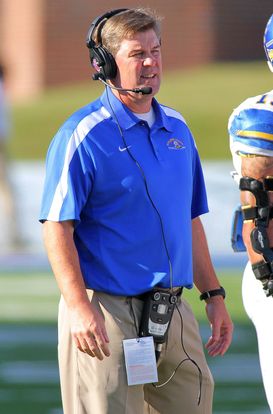 US PRESSWIRESan Jose State's Mike MacIntyre is an intriguing candidate to replace Jeff Tedford at Cal.

Mike MacIntyre, San Jose State head coach: MacIntyre has done one of the best jobs in the FBS during his tenure with the Spartans. This is a San Jose State program that resembled an FCS team upon his arrival because of academic woes, but the 47-year-old MacIntyre was able to do a strong job recruiting the West Coast and making SJSU a bowl team this fall. He deserves a bigger gig after compiling a wide array of experience in college and the NFL, and Barbour at least has to sit down with him.

Sonny Dykes, Louisiana Tech head coach: The 43-year-old Dykes should field plenty of calls this offseason as his stock has never been higher. He runs an explosive spread offense that leads the nation at 52.3 points per game. He is 22-14 overall at Louisiana Tech and was a finalist for the Houston job a year ago. The Mike Leach protege spent three seasons as offensive coordinator at Arizona, so he knows the Pac-12.

Ron Rivera, Carolina Panthers head coach: The former Golden Bears All-America linebacker is feeling the heat with the NFL's Panthers and could be looking to get out of Carolina even if he isn't fired after this season. The 50-year-old, who was a former defensive coordinator with the Chicago Bears and San Diego Chargers, remains very popular within the Cal community. If Barbour is looking to hire a "Cal guy," it might be difficult for Rivera to say no.

Willie Taggart, Western Kentucky head coach: The former Stanford assistant, who once worked on the same staff as Jim Harbaugh and David Shaw, has done a tremendous job with Western Kentucky and in my opinion should be getting a stronger look at Kentucky. But Taggart knows California's recruiting ground very well, and he can install a power offense in Berkeley if Barbour and Co. want to go in that direction.

Gary Andersen, Utah State head coach: The 48-year-old former assistant to Kyle Whittingham at Utah has rebuilt a former doormat at Utah State by running a prolific spread offense and building one of the toughest and most underrated defenses in the nation. He is 16-8 the past two seasons, including 9-2 this fall, and the Aggies reached a bowl game for the first time in 14 years in 2011.

Hue Jackson, Cincinnati Bengals assistant: The 47-year-old former Oakland Raiders head coach was dismissed after just one season in Oakland and is now coaching defensive backs and special teams for the Bengals. But he's considered a bright offensive mind who will likely return to that side of the ball sooner rather than later if he does not land another head gig. Despite coaching in the NFL since 2001, the former Redskins and Falcons offensive coordinator ran the offense at Cal in 1996 and did the same at USC for the next three seasons.

Also keep an eye on Greg Roman, who is in his second season as offensive coordinator of the San Francisco 49ers. The 40-year-old Roman coached Andrew Luck in 2010 at Stanford and is a great offensive mind. However, he has never been a head coach.