There's never a dull moment in the world of college football.

While I was taking a break from sports Sunday evening and catching some outstanding performances on the American Music Awards, an Internet rumor that Taylor Martinez quit the Nebraska football team spread like wildfire. 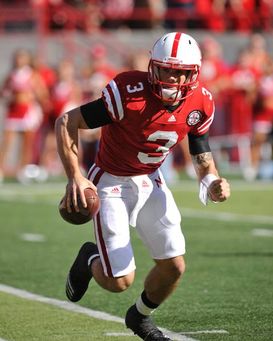 The redshirt freshman quarterback was embarrassed by Pelini on the sideline in the team’s 9-6 loss to Big 12 foe Texas A&M on Saturday. You can check out the video of the incident below.

The signal caller reinjured his gimpy right ankle in the first quarter Saturday and headed to the locker room. When he returned to the sideline in the second quarter, television cameras caught Pelini yelling at him. Once again, Pelini declined to offer an explanation for the sideline incident.

The head coach was on quite the rampage during the loss, berating officials as his team was hurt by penalties throughout the game.

Martinez returned in the second half but struggled with his mobility as the Nebraska offense continued to go nowhere.

By 9 p.m. ET Sunday evening, “Taylor Martinez” was the No. 1 trending topic nationally on Google.

For now, however, Nebraska fans in Lincoln and across the nation can go back to enjoying their evening. Martinez remains a Husker.