Here is how the first round unfolded for the top prospects from the SEC.

New head coach Ron Rivera gets a potential franchise quarterback. While Newton possesses the highest ceiling of any signal caller, he has a lot of work to do as he transitions to a pro-style offense. Can he dedicate his life to being an NFL quarterback?

The Bills finished 32nd against the run last season, so major help was needed up front. Dareus is a powerful and quick defensive tackle who can play a variety of roles for Chan Gailey in the team's 3-4 defense.

Did you see Green's reaction when he received the call from the Bengals on Thursday night? While he may not have been ecstatic, perhaps his selection will be enough to get quarterback Carson Palmer to think twice about his future in Cincy. Green could become a special receiver at the next level. 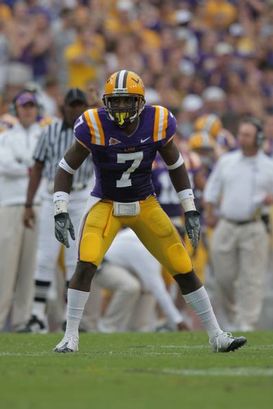 ICONPatrick Peterson could give the Cardinals immediate help at corner and on special teams.

Possibly the best overall player in the draft, Peterson could give the Cards immediate help in the return game. He also has a chance to develop into a lockdown corner.

The Falcons gave up their first-round pick (No. 27), this year's second and fourth, as well as their first and fourth in 2012 to move up and grab the former Crimson Tide receiver. The team mortgaged part of its future to give quarterback Matt Ryan an explosive new weapon.

How was the Lombardi Award winner still around at No. 13? Look for the Lions to address the secondary in round two, but Fairley was a slam-dunk pick this late in the first round.

Pouncey can play guard or center at the next level, and some think he can even play well at tackle. He isn't quite up to the level of brother Maurkice, but he's a solid selection for the Dolphins.

The Alabama product can play tackle or guard but he seemed to be a reach at this point. However, how can I question Pete Carroll after his debut season in Seattle?

The Saints made a trade with the Patriots to move back into the first round and grab the 2009 Heisman Trophy winner. And Reggie Bush sees his career in New Orleans officially end.

The world champion Packers grab one of the best tackles in the draft with the last pick of the first round.