The Morning Percolator is back at the Daily Jolt. And it's going to be better than ever. Let's take a look at what's happening this Wednesday morning...

Here's a look at my first way-too-early mock draft of the season.

This will most certainly change as we get closer to the draft. But I wanted to whet your draft appetites.

How classic is this?

A Cincinnati Bengals fan is selling his allegiance on eBay. Seriously. On the ad page, he writes: "I'm dying to root for any team that gives me a fair chance to compete in the National Football League. The bidding is starting @ $19.95 because it's mandatory that I at least have a hat to support my new team. If you are willing to bid for my fan services please send me a message so I can post what team is curently winning. Currently the Cincinnati Bengals are winning - Please resuce me!" Check out what his allegiance is going for as of now. 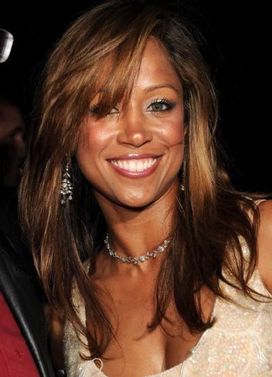 Question of the Day

So I was on Twitter yesterday, per usual, and I noticed that for some reason Stacey Dash was Trending. Now, we're big fans of the former Clueless star here at the Jolt. But upon research, we couldn't figure out why she was a Trending topic. The best we could come up with was a supposed tryst with actor/musical artist Jamie Foxx. Does anyone out there have the scoop?

Before you start your day, check out these reads

• Speaking of Twitter, Darren Rovell of CNBC has come out with his 13 golden rules of Twitter, and it's a great guide for those of us who love to tweet.

• If you have a few tissues nearby, you have to check out the story involving Billy Donovan, John Pelphrey and Anthony Grant.

Video clip of the day

I'll admit that I'm not a big Ashton Kutcher fan. Never was a big That 70's Show guy and haven't really enjoyed his films. But I did like his MTV show Punk'd, and he generally has seemed like a cool cat in his interviews with the press.

One thing I do know is that I am a BIG Natalie Portman fan. And after seeing 'Black Swan,' I am an even BIGGER fan. Guys, you know what I'm talking about.

Well, the two actors teamed up for the new film 'No Strings Attached,' and I must say it doesn't look like too shabby of a flick. Check out the trailer below.