The Morning Percolator: Is this the end for Rivera?

In stunning fashion, we may have seen the last of Mariano Rivera. 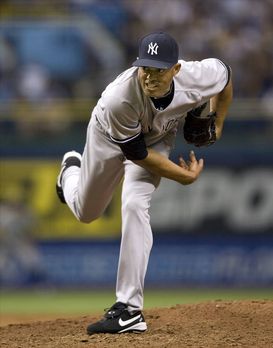 The nearly invincible New York Yankees great tore the ACL in his right knee Thursday night while chasing a fly ball during batting practice before the Yanks lost to the Kansas City Royals, 4-3. His season is over, and his illustrious career may be done as well.

The reliable and previously durable 42-year-old veteran, who has been so steady for the Yanks the past two decades, had hinted before spring training that this would be his final season. He said that nothing could make him reverse his decision, which he said had already been made. Many speculated that his decision was to retire at the end of the year, but no one expected a serious injury to prematurely end his 2012 campaign.

Take a look at these ridiculous career numbers for the consummate professional, whose MLB-record streak of 15 straight seasons with 20-plus saves will come to an end.

Just a terrible night for Major League Baseball and the entire sports world.

You may have hated his team. As a Chicago White Sox fan, I don't exactly love the Yankees. And I hated seeing Rivera in the ninth inning, because you knew that your team didn't have a chance to come back and win the game.

But never once did you not respect him. If this is it for Rivera, thank you for the Hall of Fame career. It was special to witness stone-cold greatness.