It has certainly been an eventful spring across the college football landscape, especially with all of the off-the-field news regarding an impending playoff system.

But a lot has happened on the field as well, including Urban Meyer bringing a newfound energy to Ohio State, Zach Mettenberger having LSU fans excited about a possible refined offensive attack and an intense quarterback battle occuring at Oregon.

Today, let's take a look at five players who had breakout springs and are expected to help their teams in the fall.

Oklahoma WR Trey Metoyer: With the Sooners dealing with major personnel issues at the receiver position, Metoyer's emergence has come at the right time for head coach Bob Stoops. He's a big, physical receiver with good hands, and he has a chance to be the go-to playmaker for quarterback Landry Jones, especially with Ryan Broyles having moved onto the NFL. Pairing him with Kenny Stills should keep this Sooners offense explosive until their wave of true freshmen receivers get acclimated. 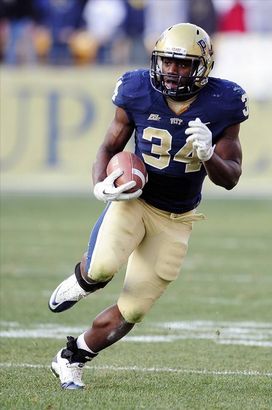 ICONIsaac Bennett will have a big role in Pitt's offense even when Ray Graham returns.

Pittsburgh RB Isaac Bennett: While new Pitt head coach Paul Chryst should get a healthy Ray Graham back in the fall, we saw at Wisconsin how he likes to use multiple running backs in his offensive attack. And Bennett gives the Panthers good depth, ripping off several long runs this spring and finishing off the preseason with a nice effort in the team's spring game. He is a bit of a bruiser who rarely goes down after initial contact, and he received game experience last season after Graham went down with injury. His numbers will increase from the 237 yards and two scores he recorded on 58 carries in 2011.

Notre Dame RB/WR Theo Riddick: Riddick will be a hybrid player for Brian Kelly and the Fighting Irish this fall after playing exclusively running back and receiver during his career in South Bend. In the team's spring game, Riddick caught 8 passes for 63 yards with a touchdown to highlight a terrific spring season. Opposing defenses will have a difficult time keeping track of Riddick's whereabouts on the field in this spread offense because he will be lined up all over. It will be a nice component to have for the Irish. The senior will also try to help ND on special teams as a punt returner.

Washington State WR Andrei Lintz: Lintz is a converted tight end who could emerge as a huge weapon in Mike Leach's offense in Pullman. He had an excellent spring, displaying good chemistry with Cougars quarterback Jeff Tuel. With Marquess Wilson being the main focus of opposing defenses, Lintz can take advantage, especially across the middle of the field. This is going to be a pass-happy attack, so plenty of opportunities will be available.

Kentucky WR Demarco Robinson: If you watched Kentucky play last year, you know how desperate this team was for playmakers to emerge on the offensive side of the ball. Robinson looks like he could be a reliable pass-catching option this fall as he was one of the Wildcats' real standouts this spring. Head coach Joker Phillips was impressed with him throughout spring camp, so he could alleviate some of the pressure off of fellow receiver and senior-to-be La'Rod King. Robinson caught nine passes for 146 yards and two touchdowns in the team's spring game.