1. Michigan State: Andrew Maxwell will need to play better if the Spartans want to go to the Rose Bowl, but Le'Veon Bell will give this team a chance every game because of his beastly ways.

2. Wisconsin: The Badgers escaped with a win over Northern Iowa but will need to play much better in order to snag a road win over Oregon State this week. 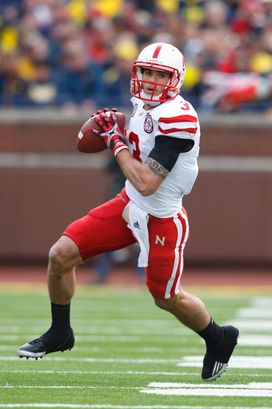 US PRESSWIREQB Taylor Martinez had a huge day through the air for the Huskers.

3. Nebraska: The Cornhuskers received a huge game through the air from Taylor Martinez, as "T-Magic" threw for a career-high 354 yards and matched his high with five touchdown passes in a 49-20 victory over Southern Mississippi. Keep an eye on the health of Rex Burkhead, though.

4. Michigan: The Wolverines were pounded and outmatched by defending BCS national champ Alabama. But the Wolverines are still one of the Big Ten's best.

6. Iowa: It wasn't pretty, but the Hawkeyes survived a major scare against Northern Illinois at Chicago's Soldier Field. The big question is whether OC Greg Davis has enough material in Iowa City.

7. Illinois: The Tim Beckman era started off with a win as the Fighting Illini beat Western Michigan, but the health of quarterback Nathan Scheelhaase is a concern as the offense stalled when Scheelhaase left the game with an ankle injury.

8. Purdue: Caleb TerBush was suspended for Purdue's opener against Eastern Kentucky, so Robert Marve stepped in and passed for a career-high 295 yards in the win. TerBush will start this week at Notre Dame.

9. Northwestern: Is there a possible quarterback controversy in Evanston? Not likely, but expect to see more of Trevor Siemian after his game-winning touchdown pass against Syracuse.

10. Penn State: Bill O’Brien's squad lost its opener to a very good Ohio team, but at least the offense showed signs of life.

12. Indiana: The Hoosiers survived a scare from Indiana State. The question is whether they can net a Big Ten victory this fall.