1. Louisville (2-0): Quarterback Teddy Bridgewater had another great game, completing 30 of 39 passes for a career-high 344 yards as the Cardinals beat Missouri State 35-7. 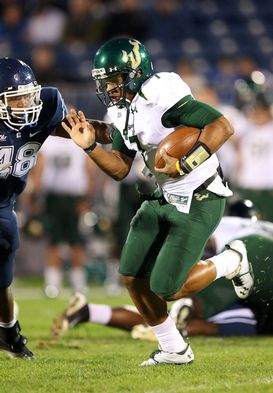 US PRESSWIREB.J. Daniels and USF sit at 2-0 after a victory over Nevada.

2. South Florida (2-0): B.J. Daniels passed for 363 yards and three touchdowns, including a 56-yard scoring toss to Andre Davis with 38 seconds left, to help the Bulls come from behind for a 32-31 win at Nevada.

4. Cincinnati (1-0): George Winn ran for a pair of touchdowns, including a 58-yarder on Cincinnati's first play of the game, as the Bearcats dropped Pittsburgh to 0-2 after a 34-10 victory.

8. Pittsburgh (0-2): Paul Chryst's tenure at Pitt has started off in disastrous fashion as the Panthers lost to Cincinnati last Thursday night.