1. Oklahoma (2-0): The Sooners had a bye this past weekend and will host Kansas State on Saturday. 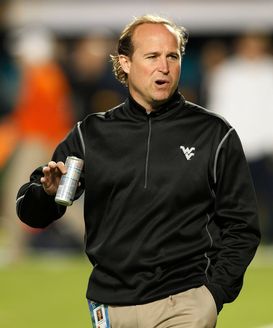 US PRESSWIREDana Holgorsen and the Mountaineers are coming off of a win over James Madison.

4. TCU (2-0): Casey Pachall threw for 335 yards and two touchdowns as the Horned Frogs overcame four turnovers in a 20-6 victory over Kansas.

5. Texas (3-0): David Ash threw for a career-high 326 yards and four touchdowns as the Longhorns beat Ole Miss on the road.

6. Baylor (2-0): Nick Florence passed for three touchdowns and set up another with a 60-yard run as Baylor needed a second-half rally to beat Sam Houston State 48-23.

10. Kansas (1-2): Quarterback Dayne Crist was intercepted once, fumbled as he was heading into the end zone in the fourth quarter and struggled on third downs as the Jayhawks fell to TCU.