2. Stanford (3-0): The Cardinal beat USC on Saturday night for the program's fourth straight win in the series.

3. USC (2-1): The Trojans had trouble on both lines as they were outmuscled by Stanford in Palo Alto.

4. UCLA (3-0): Brett Hundley passed for 320 yards and two touchdowns, and the Bruins held high-scoring Houston to six points in the win. 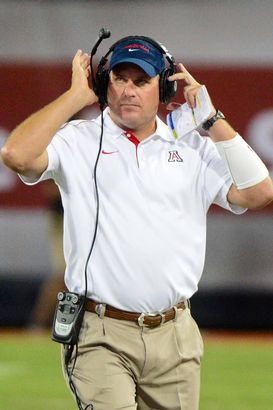 US PRESSWIRERich Rodriguez has Arizona off to a 3-0 start.

8. Oregon State (1-0): The Beavers were off this past weekend and will travel to UCLA this week.

10. Cal (1-2): The Golden Bears missed three field goals and had a touchdown called back by a penalty in their tough road loss to Ohio State.