Wisconsin LB Borland shelved for rest of the season

When Wisconsin’s Chris Borland re-injured his left shoulder against Arizona State Saturday, the Badgers hoped that the starting linebacker would only be sidelined for a week or two.

It turns out it was merely false hope. 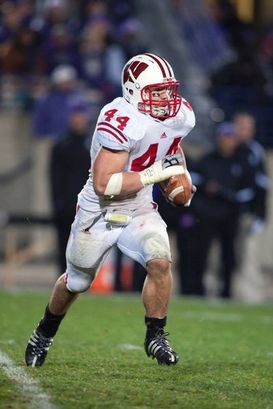 ICONWisconsin LB Chris Borland will be shelved for the rest of the season.

According to a press release sent out by the school, the injury will shelve Borland for the remainder of the season.

“After talking with our training staff and with Chris, we decided that the best thing for Chris was to shut him down for the rest of the year,” Badgers head coach Bret Bielema said. “Obviously Chris is a tremendous player and a ferocious competitor but after looking at all the options, everyone agreed this was the only option for him.”

Borland initially injured the shoulder in the offseason and underwent surgery in January to repair a torn labrum. But he started two games this year before getting knocked out of both when he re-aggravated the shoulder.

The Big Ten's freshman of the year in 2009 started six games last season and tied for second in the Big Ten with five forced fumbles. He also recovered three fumbles and made 54 total tackles — including 10.5 tackles for a loss — and had five sacks.

Borland fits the criteria for a medical hardship, so the school likely will apply for one from the NCAA at the end of the season.