With Oregon finally finding out its NCAA fate on Wednesday, the eyes of the college football world now turn to Coral Gables, where Miami (FL) awaits word on its possible sanctions.

Of course, whenever an NCAA decision is handed down to a school it's easy to begin to compare transgressions and penalties of the past while wondering if a verdict was just or not. But as we often hear from NCAA officials, each case is judged on its own. And as we have seen throughout the years, the only consistency regarding the NCAA is inconsistency.

The NCAA's Committee on Infractions has always been very unpredictable, and penalties really do vary widely from case to case, whether it has involved SMU, USC, Ohio State, Penn State, etc. So schools really have no idea what could possibly be in store for their future when the COI prepares to hand down penalties. 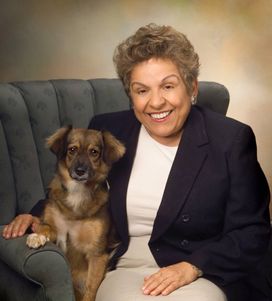 Miami (FL) president Donna Shalala was not happy with the NCAA's botched investigation.

Because Miami was accused of committing more than one major infraction, this case is much different than that of Oregon. Perhaps the only saving grace for the Hurricanes is that former Ducks head coach Chip Kelly was the subject of perhaps the harshest punishment, which was an 18-month show-cause penalty. Of course, Kelly isn't returning to the college game anytime soon. But still, the three years' probation and two scholarships lost are less than a slap on the wrist for the Ducks.

So Miami is likely hoping that the most severe punishments are dished out to those who are no longer with the program, most notably the assistants that apparently committed violations with rogue booster Nevin Shapiro.

But the biggest ray of hope for the 'Canes is that they could catch a break because of their cooperation throughout the investigation. The NCAA certainly goes lighter on programs that are more open to working together during a probe, which Miami has done. The 'Canes were very proactive by self-imposing a two-year postseason ban. As the NCAA stated on Wednesday, Oregon was "fully cooperat[ive] throughout the entirety of the investigative stage." And certainly it seems that Miami was cooperative during the probe as well.

Even though university president Donna Shalala has maintained that the worst should be over for the 'Canes, especially after the NCAA admitted to a botched investigation, we still don't know how the COI will rule in this case. But Miami should feel good about its impending fate, all things considering.

Miami brought these Shapiro allegations to the NCAA nearly three years ago. It's amazing that a process can take so long. But in this case, it could work out for the best for The U.

We'll find out in perhaps as early as a month from now what penalties the 'Canes face. But from everybody I've talked to in Coral Gables, they believe that the self-imposed two-year bowl ban will be the worst of the penalties, with probation and some scholarship losses on the horizon for Al Golden and his staff.