Justin Combs, a Class of 2012 defensive back and son of hip-hop star and record producer Sean "P. Diddy" Combs, has been offered a scholarship to Illinois, according to Scout.com.

The 5-9, 175-pound New York native has drawn considerable interest from many schools following his performance at the New Level 7-on-7 national championship where he earned all-tournament honors by shutting down some of the best receivers in the nation. 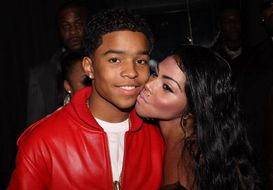 His father played high school football in New York before attending Howard University and eventually becoming one of the biggest names in the music industry.

Combs is aware of his many doubtors who believe his stock is rising only because of his name. However, he uses comments from critics as a source of motivation.

“Ever since I was young, my father always told me that people were going to have something to say,” Combs said. “At the end of the day, it is all fun and games to try to get you out of your game, but you just have to stay mentally strong and be able to play through it.

“You just shut them up with your ability on the field. Just play and your game will speak for itself. That is the way I feel.”