Back in August we decided to have a little fun with the 2010 Over/Under win totals that Las Vegas had posted for each of the 32 NFL teams.

Now that the 2010 regular season is just about finished (as I write this, Seattle quarterback Charlie Whitehurst is running for his life), lets take a look back on the preseason lines and see which teams overachieved and which teams fell short in the eyes of the Las Vegas bookmakers.

Pay close attention to the Detroit Lions, who closed the season by ripping off four-straight wins to cover the spread.

Of the 32 teams listed below, which squad surprised you the most? 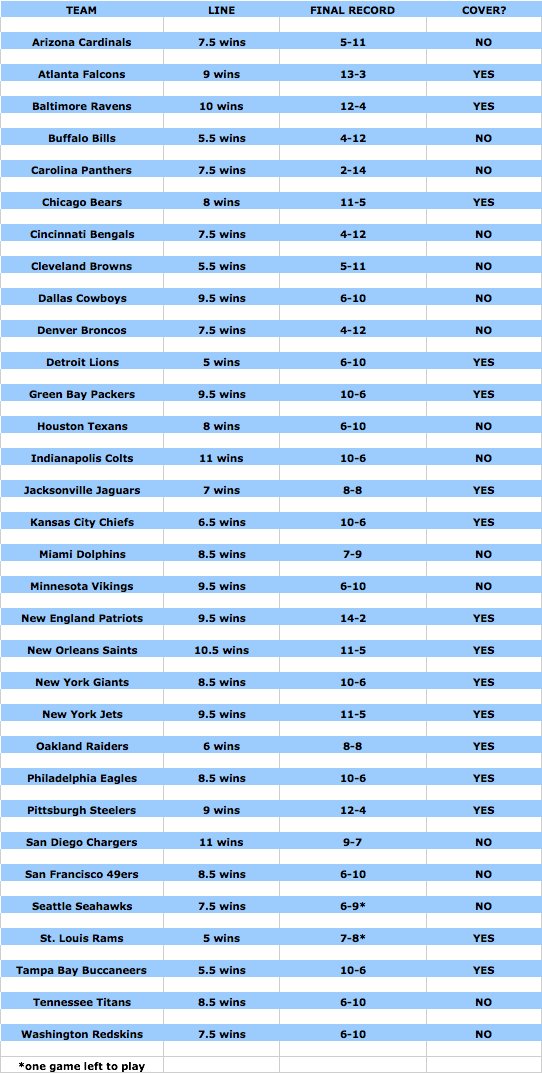