Back to the Big Apple: Plaxico signs with the Jets

It may not be the signing that most Jets fans were hoping for, but this one comes at a far cheaper price and brings a nice element of upside with it. 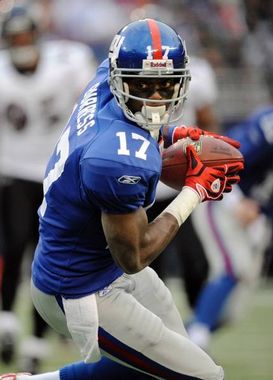 ICONAlthough not with the Giants, Burress is back in New York.

Adam Schefter of ESPN is reporting that the New York Jets have officially won the Plaxico Burress sweepstakes, as the free agent wide receiver has agreed to a one-year deal with Gang Green worth $3.017 million.

Per Schefter, the contract is fully guaranteed.

The news of Burress landing back in the Big Apple comes less than 24 hours after the 33-year-old wideout met with the Pittsburgh Steelers and San Francisco 49ers, following his initial free agent meeting with the New York Giants.

Burress hasn’t stepped foot on an NFL gridiron since 2008 when he was a member of New York’s other football team. He caught 35 passes for 454 yards and four touchdowns in ten games that season before a nightclub shooting incident cost him two years of his life.

Now back in the NFL, Burress will have a chance to rebuild his image on a high-profile football team that has played in the last two AFC Championship games.