Broncos are the top SuperContest play for Week 6

Even though Peyton Manning and the Broncos are 0-2 both straight-up and against the spread on road this season, that hasn’t stopped a big percentage of the LVH SuperContest contestants from backing Denver (+1.5) in their Monday night showdown at San Diego.

The Broncos are 2-8-2 ATS in their last 12 games against the Chargers.

And despite the fact that home dogs are currently hitting at 63.33%, 195 contestants took the Patriots (-3.5) at Seattle this week against a Seahawks team that is 2-0 ATS in the home underdog role this season.

Our picks for the season are currently a lackluster 10-15, so take these for what they’re worth (not a lot): 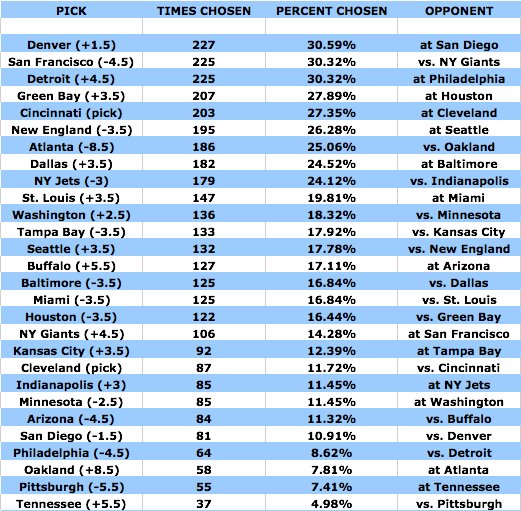