Can the Bears overcome the odds?

Of the 30 teams that have qualified to play in the last 15 Super Bowls, only four have done so by finishing the regular season with a negative sack differential.

For the mathematically challenged currently in attendance, that means just 13.3% of the previous 30 Super Bowl participants have advanced to the NFL’s biggest game after surrendering more sacks on offense than they amassed on defense during the regular season. 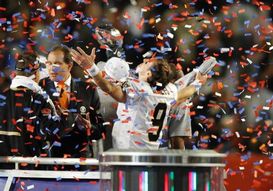 Bears fans may want to close their eyes for this next section.

Chicago enters this Sunday’s NFC Championship game against the Green Bay Packers backed by a defense that surrendered only 17.9 points per game in 2010 (fourth in NFL, second in NFC). But that doesn’t mean this Bears team isn’t without its flaws.

Lovie Smith’s crew finished the regular season ranked dead last in the NFL in both sacks allowed (56) and sack differential (-22). Quarterback Jay Cutler was sacked a total of nine times in two games against the Packers this season (1-1) and was taken down four or more times in seven of 15 regular season games (3-4). As if that wasn’t bad enough, Cutler didn’t play a single game in 2010 in which he wasn’t sacked at least once.

At this point you may be asking yourself, “Why is a team’s sack differential so important if the Bears made the NFC Championship game ranked last in that category?”

Because this team is somewhat of a statistical anomaly. 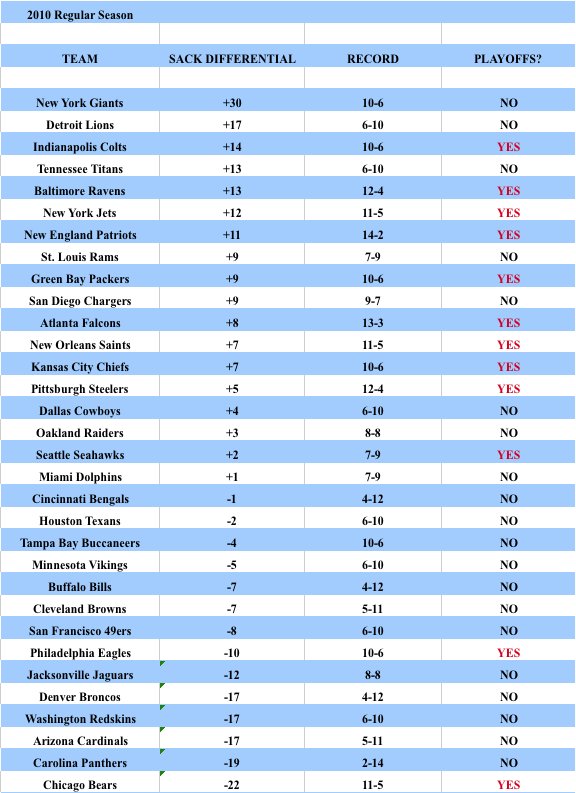 This isn’t to say the Bears won’t go on to win the Super Bowl, but recent history is certainly against them. Only three teams (New England in 2002, Baltimore in 2001 and Green Bay in 1997) have hoisted the Vince Lombardi Trophy over the past 15 years after wrapping up the regular season with a negative sack differential.

The -8 Baltimore posted in 2001 is currently the worst sack differential for a Super Bowl winner since 1995.

At -22, the Bears certainly have their work cut out for them if they plan on rewriting history.

Want to win an NFP tee shirt? CLICK HERE to check out the "NFL Playoffs vCash Challenge" in the NFP Forums. 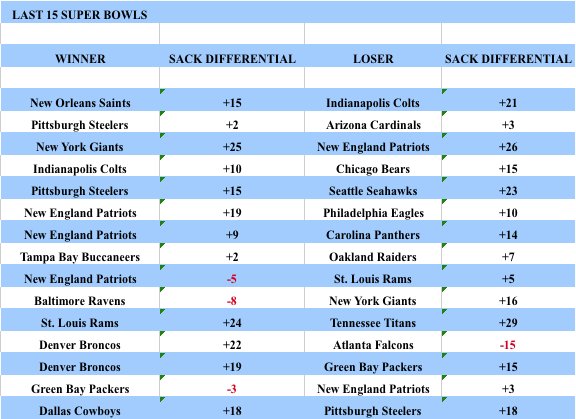