Do first year coaches cover the spread in Week 1?

Six NFL teams will enter this weekend’s slate of games with a new head coach at the controls. Over the past ten years, this situation has taken place 60 times around the league. So why not take a closer look at each of those 60 games to see if we can find ourselves an edge? 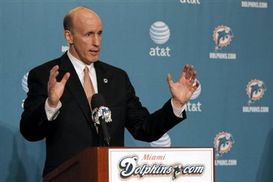 Money has been pouring in against Joe Philbin and the Dolphins for their Week 1 matchup at Houston.

Take note: This study does NOT include coaches who took over at any point during the previous season. That means Romeo Crennel and the Kansas City Chiefs do not apply to our analysis.

However, since 2002, there have been four instances in which a head coach took over at some point during the previous season and then kept the job for at least the following campaign. In those four instances, the team went 1-3 straight-up, but 4-0 ATS in Week 1. Throw in Dom Capers—who was the new head coach of the expansion Houston Texans in 2002—and that trend moves to 2-3 straight-up and 5-0 ATS.

Perhaps we should be keeping a close eye on the Kansas City Chiefs (+3) this Sunday when they play host to Atlanta.

Analysis: A dead split both straight-up and against the spread, you’re losing juice to the books backing these picks blindly.

Analysis: In the 60 games that qualified for our overall study, 38 of them featured a first year head coach listed as the underdog in Week 1. Had you backed the dog in each situation, you’d be picking at a profitable 56.8% and would have made $340 laying $110 to win $100. Not bad, but certainly not the type of trend that will have us scrambling to get down on Sunday.

Analysis: Not only does this situation offer a smaller sample size, but it’s also a losing proposition. And while fading the favorite in this spot would have turned a very small profit over the last ten years, we’re still better off passing here.

Analysis: This one’s a losing proposition on both ends, as the books come out ahead thanks to the juice.

Analysis: Again, nothing here helps our cause for the 2012 season. Although if you shrink the sample size down to the last five years, teams in this spot are 5-7 ATS.

Analysis: Teams in this situation aren’t winning outright, but they’re doing a nice job of covering the number. In fact, had you backed every one of these teams since 2002, you would currently be picking at a tasty rate of 63.2% and would have turned a profit of $430 laying $110 to win $100.

Analysis: A four-game sample size means we shouldn’t put too much emphasis behind this trend. In addition, no 2012 games fit this criteria.

I’m going to be completely honest with you. It was at this point—after approximately four hours—that I was getting ready to bag this research project. Sure, some of the trends above have led to profitable results over the last ten years, but I wasn’t looking for a small edge.

I was looking for a big one. And after another hour of pouring through more data, I finally found something worth getting excited about.

In play: Jacksonville (+4) at Minnesota

Here’s the complete rundown of the 60 games since 2002 in which a team entered Week 1 with a new head coach. Feel free to take this analysis one step further and shoot me any interesting results on twitter (@JoeFortenbaugh) before Sunday. 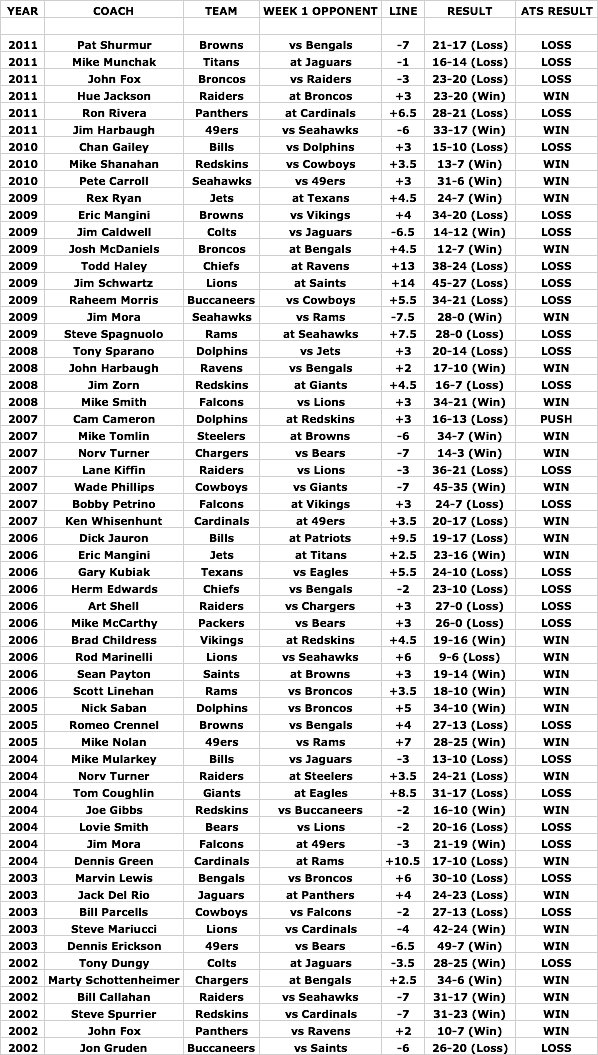