Does Brad Smith-to-Buffalo mean Asomugha signs with the Jets?

In what could be considered a set-up move to the big Nnamdi Asomugha signing, former Jets wide receiver Brad Smith has inked a four-year, $15 million contract with the Buffalo Bills, per a tweet from Adam Schefter of ESPN. 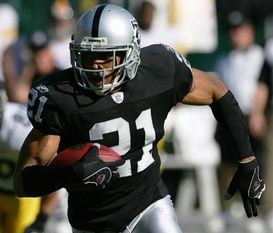 Is the race for Asomugha almost over?

However, here’s where things get interesting:

Shortly after Smith’s signing was announced, Rich Cimini of ESPN New York tweeted that according to a source, the Jets were holding back on re-signing Smith while they waited for Asomugha to make up his mind.

So now Smith is in New York and Asomugha…