In the upcoming 14th season of ABC’s hit show Dancing With The Stars, Green Bay Packers wide receiver Donald Driver will look to join Emmitt Smith and Hines Ward as the third NFL player to hoist the Mirrorball trophy. 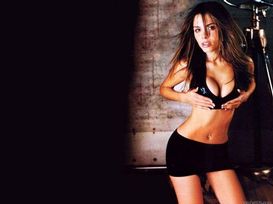 With all due respect to Driver, Fortenbaugh's backing Menounos.

According to the popular offshore sportsbook Bovada.LV, Driver’s got a damn good chance of making that happen.

The four-time Pro Bowler has been listed at 13/2 to win the popular celebrity dance competition, trailing only actor William Levy, who hit the board at 4/1.

I’ve got my money on Access Hollywood babe Maria Menounos. Who are you backing?