The Philadelphia Eagles are just 1-4-1 against the spread through six games this season, with their lone cover coming in the underdog role at Pittsburgh back in Week 5. So then why are 303 of 740 LVH SuperContest participants backing the Eagles (-2.5) against the undefeated Falcons this Sunday?

Maybe it has something to do with the fact that head coach Andy Reid is 13-0 straight-up and 10-3 ATS coming off the bye week during his 13-year tenure in Philadelphia. Or maybe it’s because Atlanta is just 3-9-1 ATS over their last 13 games against the Eagles. Either way, Philadelphia is this week’s overwhelming top selection in the SuperContest.

Here are our picks for Week 8: 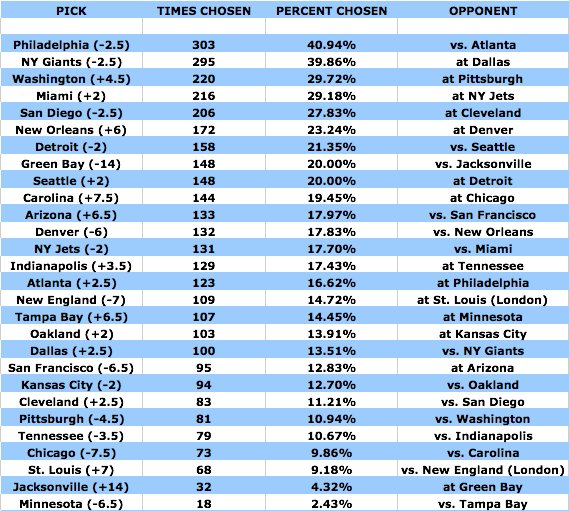