Eagles land a safety, but not the one you're thinking of

Free agency isn’t just about what a team gains, it’s also about who an organization loses. In the case of the Philadelphia Eagles, the franchise has been searching for a viable starting safety ever since fan favorite Brian Dawkins went west to sign with the Denver Broncos in 2009. Since that time, the Eagles have struggled to fill the void left by one of the greatest players in franchise history, and it has hurt them on the field. 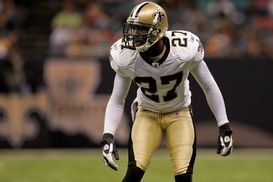 ICONMalcolm Jenkins signed a three-year, $16.25 million contract with the Eagles on Tuesday.

On Tuesday, Philadelphia made another attempt at addressing one of the team’s biggest areas of weakness.

According to ESPN’s Adam Schefter, the Eagles have reached an agreement with free agent safety Malcolm Jenkins on a three-year, $16.25 million contract. Jenkins, who was selected in the first round of the 2009 draft by the New Orleans Saints, entered the league as a cornerback out of Ohio State, but made the transition to safety when the Saints needed help at the position.

The move more than likely signals the end of any efforts Philadelphia may have made to sign free agents Jairus Byrd and T.J. Ward. Jenkins comes to town with a resume that features 63 career starts and six interceptions, not to mention a much cheaper price tag.