Ball-hawking, nine-time Pro Bowler Ed Reed has lined up his first visit of the 2013 league year. 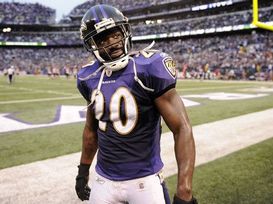 Houston is first up on the Ed Reed free agency tour.

Per John McClain of the Houston Chronicle, Reed is scheduled to visit the Texans in Houston on Thursday. With four-year veteran Glover Quin headed for a new city, the Texans have a need that a player like Reed is more than capable of filling.

While age is certainly a concern, there’s no denying after last season’s performance that Reed still has enough left in the tank to get the job done. The 11-year veteran started all 16 games for the Baltimore Ravens in 2012, amassing 58 tackles, four interceptions and another touchdown, upping his career total to seven scores.

Houston’s interest makes a lot of sense, as it’s unlikely that a young team in rebuilding mode would be willing to make a move on an aging veteran with only a few years left to play. Having gone 12-4 in 2012, the Texans are a legitimate contender that could benefit greatly from the playoff and Super Bowl experience that a player like Reed has to offer.