As the New York Giants sit tight in Kansas City patiently waiting for a Minnesota blizzard to subside, the city of Las Vegas could be bracing for a storm of its own.

That’s because the Giants—who opened Monday as a 3-point favorite over the Vikings for Sunday’s Week 14 showdown in Minnesota—are currently stranded in Kansas City due to a blizzard that spent the better portion of Saturday afternoon pounding the greater Twin Cities area. 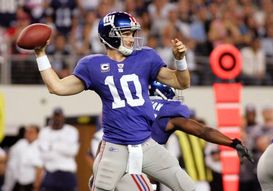 ICONWill the public still favor Manning and the Giants after a late arrival in Minnesota?