Making money on the Super Bowl

DALLAS—Believe it or not, Sunday’s showdown between the Pittsburgh Steelers and the Green Bay Packers is offering the smallest point spread (-2.5) for a Super Bowl since 1982, when the San Francisco 49ers went off as a 1-point favorite over the Cincinnati Bengals. 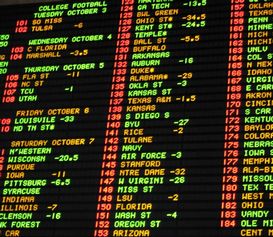 But the real issue facing bettors this weekend is whether or not there is any value to be had in Sunday’s point spread. This is the final football game of the year and with millions of people around the planet watching, you can bet your bottom dollar that Vegas sportsbooks are putting out the best lines possible. This isn’t a magic number that somebody picks out of a hat. Sunday’s point spread is the result of countless hours of research and discussion aimed at making sure the books don’t get cracked.

Remember, there’s a reason that Nevada’s 182 sportsbooks have combined to turn a profit on nine of the last ten Super Bowls (they lost money in 2008 when the Giants upset the Patriots). They do this for a living and are well aware of the ramifications of posting a “soft” line.

But here’s the upside: The NFP is bringing back veteran Vegas handicappers Vegas-Runner and Marco D’Angelo to help us make sense of the Super Bowl point spread and hopefully find some betting value heading into the final game of the year.

CLICK HERE to check out our Top 5 Prop Bets article from Wednesday.

Historical note: Per Pregame.com, the point spread has predicted the winner of all seven Pittsburgh Super Bowls. The Steelers are 6-0 lifetime in the Super Bowl when favored and 0-1 when installed as the underdog.

Vegas-Runner drops it: “The wiseguys were waiting in anticipation when the AFC Championship Game went final to see what the oddsmakers would send out for the Super Bowl. The first book to test the waters was Pinnacle, who offered the game at a PICK'EM. That didn't last long because within the hour the line was adjusted to Packers -2.5, which is where the majority of the books finally opened the game.

ICONVegas-Runner thinks there's some betting value in Troy Polamalu and the Steelers.

Since then, the consensus is still Packers -2.5, although we’ve seen some shops move to that key number of -3. From what I've gathered, we should expect to see more books follow that trend and move the Packers to -3 as kickoff approaches.

Keep in mind that this is the heaviest bet game of the year, but with that said, at least 90% of wagers on the Super Bowl don't get placed until the weekend of the game. Most books expect to see more Packers money than they do Steelers money, so this game should go off at -3 come Sunday.

When that happens, I expect to see the wiseguys really get involved by Steaming the Steelers and grabbing the +3. No better proof of that is the fact that if they planned on backing the Packers, they would have definitely gotten down on them early, knowing this line would only go up.

That shouldn't bother the books much, unless of course this game was to end on 3. Otherwise, the sharp money should simply help the books achieve some balance, since most will be heavier with Packers money.

Bottom Line: I don't believe that either team should be the listed favorite. Therefore, being able to grab +3 on the Steelers come Super Bowl Sunday looks to me to be the side offering the most betting value. I agree with the wiseguys who expect the Steelers experience to be the difference, as they get the job done late and come away with another ugly victory and another Championship.

The books offered this Total at 45.5 and immediately booked a ton of Steam on the UNDER, ultimately moving the line as low as 44.

That early move by the wiseguys assures us that it was definitely a "True Steam Play.”

They all know that the betting public almost always backs the OVER, especially in primetime marquee games. But rather than sit back and give the public/recreational bettors a chance to come in and bet the OVER—possibly forcing the books to raise the Total some more—sharps instead didn't want to be left out, and Steamed the UNDER right away.

Speaking with most books, they expect to receive a lot of one-sided betting action from the public on the OVER. As that action comes in with the start of the weekend, we should see this Total begin to climb.

When that happens, don't be surprised to see another wave of Steam on the UNDER by the Betting Syndicates, because most believe that the UNDER for the Game (and even the first half) just may be offering the most betting value come Sunday.

And I couldn't agree more. Best of Luck on Super Bowl Sunday!”

Marco D’Angelo drops it: “This Sunday, two of the most storied franchises in the NFL will battle for the ultimate prize. Putting history aside for a minute, we are interested in the winner, or in this case, the point spread winner, which has been one in the same so far in the playoffs.

ICONRodgers has been amazing, but will Pittsburgh's Super Bowl experience be too much to overcome?

In ten playoff games this postseason, the point spread has meant nothing. If you picked the straight-up winner, you also had the point spread winner. With Sunday’s line sitting at 2.5 at most books, we’re looking at yet another situation where the line should have no bearing on this game.

So who is going to come out on top this Sunday? The Green Bay Packers have clearly looked more impressive in their march to Dallas, winning all of their playoff games on the road. Aaron Rodgers has looked unstoppable and Vegas installed the Packers as the favorites in this game, as they are the public’s team.

Pittsburgh, on the other hand, had to scratch and claw their way to Dallas with both playoff wins coming down to the last possession of the game. But that’s Pittsburgh football. It’s never pretty. Sometimes that kind of style makes you forget just how good this team really is.

The Pittsburgh Steelers are making their third Super Bowl appearance of the last six year s and that just doesn’t happen by accident. This will be the first Super Bowl for these current Green Bay Packers and I just can’t ignore the experience edge the Steelers have in this game. They also have Dick LeBeau, who may go down as the best defensive mind the game has ever seen.

Rodgers has been super in the playoffs, but he hasn’t faced anything like he will see on Sunday, which is why I think this game ends with the Steelers hoisting their seventh Lombardi Trophy. Big Ben isn’t as flashy as Rodgers, but he’s 10-2 in the playoffs for his career with one of those two losses coming in the AFC Championship Game against New England in Ben’s rookie season. It will be a Black n Gold Sunday.”