Nevada sportsbooks grind out a profit from Super Bowl betting

Believe it or not, there was actually a prop bet available as to whether or not the state of Nevada would set a record for most money bet on this year’s Super Bowl. 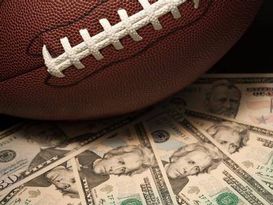 Once again, Nevada beat the public when it came to betting the Super Bowl.

The under ended up cashing, as the $93,889,840 wagered on Sunday’s showdown between the New York Giants and New England Patriots fell just shy of the record set in the 2006 game between the Seattle Seahawks and Pittsburgh Steelers, which took in $94,534,372, per our friends at WagerMinds.com.

But the good news for Nevada sportsbooks is that they came out ahead a combined $5,064,470 following the Giants’ 21-17 win over the Patriots.

“We ended up winning a ham sandwich,” Lucky’s sports book director Jimmy Vaccaro told Case Keefer of the Las Vegas Sun on Sunday. “We won the first and second halves. We would have won real big if it would have come any other way than the Giants and under.”

Sunday’s win marks the fourth straight year that Nevada books have posted a profit on the NFL’s biggest game of the season. In fact, since 2003, there has only been one year in which the public came away victorious, as the books took a $2.5 million hit when the Giants upset the Patriots in 2008.