Oregon opens as the favorite, bettors jump all over Auburn

The January 10 BCS title game in Glendale, Arizona between the 12-0 Oregon Ducks and the 13-0 Auburn Tigers will feature many firsts. 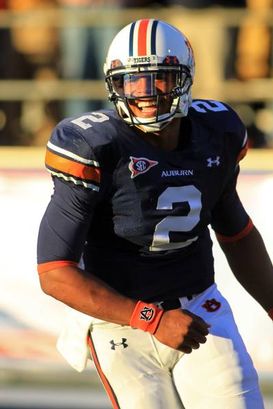 ICONThe early action is coming in on Cam Newton and the Tigers.

It could also be the first time this season that Oregon enters a game as the underdog.

Fresh off a 37-20 win over Pac-10 rival Oregon State, the Ducks opened as a 3-point favorite at the Las Vegas Hilton Saturday night, according to VegasInsider.com.

Within 30 minutes, the line moved to Oregon -1.

While the early action on Heisman Trophy front-runner Cam Newton and the Tigers doesn’t come as a shocking revelation, if the money continues to come in on Auburn it could end up putting the high-flying Ducks in the underdog role for the first time this season.

Oregon is 7-4-1 against spreads this year that have gone as high as 54 points (September 18 vs. Portland State) and as low as 6 points (October 30 at USC). But despite marquee matchups with the Trojans and Stanford Cardinal, the sportsbooks have always closed the action with the Ducks as the favorite.

At 13-0, the Tigers are also no strangers to laying points. Auburn went 9-4 against the spread this season and closed 12 of those games as the favorite. Head coach Gene Chizik’s crew thrived in their lone underdog role of the season on November 26 at Alabama, when Auburn (+4.5) came back to beat the Crimson Tide 28-27.

With 35 days to go until a national champion is crowned, one thing is for certain: despite whichever way the line moves over the next few weeks, two very explosive teams are going after college football’s most coveted prize.

Which means that maybe we should be focusing more of our attention on the Over/Under.