Patriots eyeing up the safety position

The Patriots may have made it all the way to the Super Bowl last season, but that doesn’t change the fact that the organization needs to make some adjustments on the defensive side of the football. New England finished the regular season ranked 31st in the NFL in pass defense, so upgrading the secondary could be a good place to start. 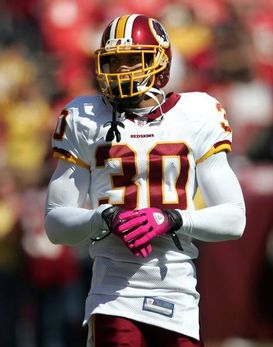 ICONLandry started just eight games in 2011 due to injury.

And don’t think that the Patriots aren’t aware of their struggles to slow down opposing quarterbacks.

Per Kevin Acee of the San Diego Union Tribune, New England has scheduled a meeting with free agent safety Steve Gregory. In addition, Jason Cole of Yahoo! Sports reports that the Patriots are showing an interest in former Redskin LaRon Landry.

Landry is considered to be one the top free agent safeties available this offseason, so don’t be surprised if you see some other teams start lining up to meet with him.