As if the Osi Umenyiora situation wasn’t enough of a distraction, the New York Giants received some more troubling news on Saturday. 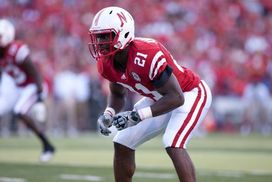 ICONAmukamara appeared in 49 games during his four years at Nebraska.

Rookie cornerback Prince Amukamara is out indefinitely after fracturing the fifth metatarsal in his left foot, per Paul Schwartz of the New York Post. The injury will require the Giants’ first-round selection to undergo surgery.

The 19th pick in the 2011 draft, Amukamara was expected to come in and compete for a starting job on the Big Blue defense this season. Having been the last draft pick to sign a contract, the 22-year-old defender practiced only a couple times with the team before breaking his foot.

The injury leaves the Giants with Corey Webster and Terrell Thomas as their starting cornerbacks, with Aaron Ross on the depth chart as well.