They aren’t the type of transactions that will set the internet on fire, but the St. Louis Rams have quietly made some solid moves on day 4 of free agency. 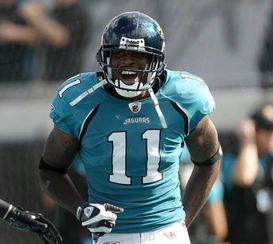 After adding Harvey Dahl to the offensive line and Al Harris to the secondary, St. Louis has now reached an agreement with free agent wide receiver Mike Sims-Walker on a one-year deal, per Adam Schefter of ESPN.

Though somewhat of an injury concern, Sims-Walker can be quite effective when he’s healthy and motivated. The former Jacksonville Jaguar has scored 14 touchdowns in his last 29 games and is just two years removed from a 63-catch, 869-yard season.

After falling just one game shy of a division championship last January, the Rams are in the process of putting together a team that may not be at home during the playoffs this time around.