We all know the NFL’s primetime schedule this season has been reminiscent of something your dog would leave behind in the backyard. But we took an oath as red-blooded Americans last September to abide by all Man Laws previously established by some of our country’s greatest individuals. 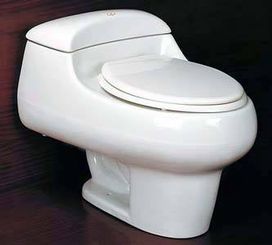 While it's not the Toilet Bowl, Monday night's St. Louis-Seattle showdown is drawing little interest.

And that includes watching the hopeless Rams at the wildly mediocre Seattle Seahawks on Monday night.

The Pacific Northwest has been a house of horrors for the boys from St. Louis, as the Rams have lost six straight in Seattle and are just 1-9 against the spread in their last ten showdowns with the Seahawks. St. Louis comes to town with an offense that can’t score (11.7 pts/gm, last in NFL) and a quarterback position that has been decimated by injuries.

On the other side of the rock sits a Seahawks team that is coming into this one on extra rest and has covered the number in four of their last five games.

Before we attempt to establish whether or not this game offers up any value, I’m going to make a prediction right now: EVERY SINGLE “EXPERT” ON ESPN’S PREGAME PANEL WILL PICK THE SEAHAWKS TO WIN TONIGHT.

Those guys take about as much risk as people suffering from agoraphobia.

CLICK HERE to check out the Monday night football lines.

Temperature of 36 degrees with 0% chance of precipitation at kickoff.

Vegas has posted a low total for this game (38) and for good reason. The Rams are averaging a pathetic 8.6 points per game on the road this season and an even more embarrassing 6.3 points per game in their last four contests at Seattle. Meanwhile, Pete Carroll’s Seahawks are surrendering only 18.0 points per game over their last three home outings.

Marshawn Lynch will have a chance to tear apart the NFL's worst run defense on Monday night.

If Sam Bradford can’t go tonight, the Rams will turn their struggling offense over to former Fresno State signal-caller Tom Brandstater, who has never attempted an NFL pass. As if the situation for St. Louis couldn’t get any darker, keep in mind that the Rams currently rank dead last in the NFL in run defense (157.8 yds/gm) and will have the unenviable task of trying to slow down the red hot Marshawn Lynch, who is averaging 118.2 rushing yards per game with five touchdowns over his last five outings.

For more, we turn to professional sports handicapper Marc Lawrence of Playbook.com and Covers.com:

“For as bad as the Rams are, the Seahawks find themselves laying points for only the second time this season, as Seattle lost straight-up to Washington in their only other role as a favorite. Aside from this being the highest line ever in the history of this series, Pete Carroll has struggled as an NFL coach in games when coming off an ATS win of more than 14 points, going 3-12 straight-up and 1-13-1 ATS in his career. The Rams in an upset? Hey, stranger things have happened.”