One of the best receivers in NFL history is hanging up his cleats. 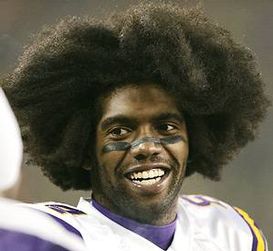 Randy Moss is calling it a career.

The 34-year-old wideout is four years removed from one of the most prolific seasons in NFL history that included 98 receptions for 1,493 yards and an NFL single-season record 23 touchdowns.

With enough gas left in the tank, we’re not positive Moss is finished for good.

But as of the current moment, one of the greatest receivers of all-time has said goodbye.