Two teams that finished with a combined 11 wins last season could be in the market for former Ohio State quarterback Terrelle Pryor’s services, should the NFL declare him eligible for their August 17 supplemental draft. 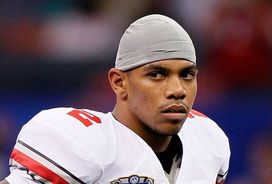 Will Pryor be declared eligible for the upcoming supplemental draft?

Both teams enter the 2011 season with questions at the quarterback position, as the Browns will see if second-year signal-caller Colt McCoy can build off a promising rookie season, while the Redskins enter the year with the unheralded John Beck and Rex Grossman fighting for the starting job.

What remains to be seen is whether or not the NFL will allow Pryor to enter the supplemental draft, who could find himself S.O.L. if the league decides to declare him ineligible for the event.