When the Philadelphia Eagles said they were planning to make a run at it this season, they weren’t kidding. 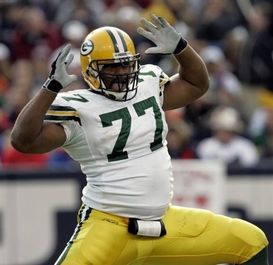 Cullen Jenkins will bring a 300-pound frame and a Super Bowl ring to Philly.

Less than 24 hours after signing the biggest free agent on the market in cornerback Nnamdi Asomugha, the Birds continued to upgrade their defense by agreeing to terms on a five-year, $25 million contract with defensive tackle Cullen Jenkins, per Adam Schefter of ESPN.com.

The 30-year-old Jenkins is coming off a career-high seven-sack season with the Super Bowl champion Green Bay Packers. Now an Eagle, Jenkins will be an upgrade to the current defensive tackle tandem of Mike Patterson and Broderick Bunkley.

We’d say the move puts the finishing touches on a monster week that has seen Dominique Rodgers-Cromartie, Jason Babin, Nnamdi Asomugha, Vince Young and now Jenkins become Eagles, but we still aren’t sure if these guys are finished wheeling and dealing.