Rookies have long been a source of tremendous value for fantasy owners. However, the 2011 crop will be at a severe disadvantage entering the season due to the NFL lockout. In the past, rookies were handed a playbook and asked to attend their first NFL minicamp roughly one week after getting drafted.

This year, however, the majority of these players have yet to attend a real practice or meet with their new coaches face to face, even though draft day was almost three months ago.

We find ourselves in a unique situation this summer, but it will be interesting to see which rookies overcome these obstacles and earn spots in the starting lineup.

(Note: The quarterback position has its own section near the bottom.)

THE CREAM OF THE CROP… 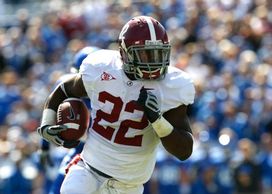 Mark Ingram, RB, New Orleans Saints: In 2009, the Saints ranked sixth in the NFL in rushing (131.6 yds/gm) and averaged a staggering 31.9 points per game en route to winning their first title. Unfortunately, the injury bug hit the New Orleans backfield last season and limited the offense to only 94.9 rushing yards per game (28th in the NFL). Head coach Sean Payton and company recognized the problem and traded back into the first round of April’s draft to land former Heisman Trophy winner Mark Ingram. Ingram is a powerful runner with deceptive speed who can also make plays in the passing game. This offense is going to score a lot of points and if he can crack the starting lineup, expect Ingram to roll up some nice fantasy numbers.

Julio Jones, WR, Atlanta Falcons: The Falcons sent five draft picks to the Browns (including two first round selections) for the right to move up 21 spots to draft the former Alabama standout. Jones gets the edge over fellow first round wideout A.J. Green for a number of reasons. For starters, he’s got an experienced quarterback in Matt Ryan, will face some favorable coverage matchups thanks to the presence of Pro Bowl receiver Roddy White and plays 12 games indoors this season. The Falcons obviously love him because they were willing to mortgage their future for his services. That speaks volumes.

Jonathan Baldwin, Kansas City Chiefs: Much like Julio Jones (above), this 6-5, 230-pound beast will have the luxury of playing opposite Dwayne Bowe, meaning Baldwin won’t be priority one for opposing defensive coordinators. He’ll need to get better at creating separation and could have some issues with press coverage, but Baldwin is a talented deep ball threat who has the size and balance to win down the field. Think of him as a poor man’s Vincent Jackson who probably won’t catch an abundance of passes this season, but he will have his fair share of big-yardage receptions.

Daniel Thomas, RB, Miami Dolphins: Due to the fact that Ronnie Brown and Ricky Williams are likely headed to new cities via free agency, Thomas will have the opportunity to start at running back for the Fish come Week 1. The former Kansas State standout is a dual-threat back who rushed for just under 1,600 yards in 13 games last season. At 6-2, 228 pounds, this guy has the power to run through tackles and the quickness to make a man miss in open space. Thomas may not be the most talented of the rookie running backs and his quarterback will struggle at times, but this guy is likely headed for a ton of carries in 2011.

Delone Carter, RB, Indianapolis Colts: Circle this name twice because there’s a decent chance that Carter will be 2011’s breakout rookie. A powerful runner with good balance who does a nice job picking up yards after contact, Carter could find himself working with the first team this August if a couple things go his way. Veteran running back Joseph Addai is headed for free agency and 2009 first round pick Donald Brown has been an injury-riddled disappointment during his first two NFL seasons. In addition, we all know the upside that comes from playing with Peyton Manning. The beauty of Carter is that very few people are familiar with the work he produced during his collegiate days at Syracuse. He will likely be had at an excellent price.

A.J. Green, WR, Cincinnati Bengals: Green makes this list on talent alone, but his surrounding circumstances raise a few questions. For starters, if rookie quarterback Andy Dalton is under center come Week 1, Green’s value will take a hit. In addition, the rookie’s stock will continue to fall if Cincinnati fails to find another viable target capable of keeping some of the heat off Green early in the season. He’s a polished route runner with excellent hands who does a nice job creating separation down the field. But while we expect Green to see a healthy dose of targets this season, he may struggle at times due to inconsistent quarterback play.

Mikel Leshoure, RB, Detroit Lions: The 230-pound bruiser from Illinois and second-year, dual-threat back Jahvid Best should form a pretty potent 1-2 punch this season for the surging Lions. Expect Leshoure to handle a good portion of the goal line work, meaning he could be a surprise contender for seven or more rushing touchdowns in 2011. In addition, keep in mind that Best had a lot of trouble staying healthy last season, something that could open the door to a plethora of carries for Leshoure, should history repeat itself.

Ryan Williams, RB, Arizona Cardinals: A patient runner with good vision who can get up to top speed in a hurry, Williams is going to be surrounded by a lot of buzz in fantasy circles this summer. That might have something to do with the 1,655 yards he rushed for during his first season at Virginia Tech (2009), which just so happened to be an ACC freshman record. However, keep in mind that the former Hokie standout will be competing with Beanie Wells and Tim Hightower for snaps this year and could be playing on a low-scoring offense, should the Cardinals fail to pick up a quality veteran quarterback during free agency. We like Williams, but his surrounding circumstances raise some questions.

Greg Little, WR, Cleveland Browns: A former running back who knows how to make things happen after the catch, this 22-year-old enters the 2011 season with a fairly high ceiling. At 6-3, 220 pounds, Little’s size and power make him difficult to bring down, as does his surprising elusiveness. The upside here is that due to a severe lack of firepower on the Cleveland offense, not only should Little step into the starting lineup early in the season, but he could also be in line to take over the No. 1 spot on the depth chart. The downside? This guy missed his entire 2010 campaign at North Carolina due to a suspension, so he hasn’t played at true game speed in close to two years.

Lance Kendricks, TE, St. Louis Rams: Although the St. Louis roster is already loaded with tight ends, Kendricks is really the only TE on the squad with legitimate pass-catching ability. The former Wisconsin standout (43-663-5 in 2010) is a solid route-runner who can easily be moved into the slot in an effort to create coverage mismatches. With quarterback Sam Bradford entering his second season and former Broncos head coach Josh McDaniels now running the offense, Kendricks could turn some heads in 2011 if he can work his way into the starting lineup.

Roy Helu, RB, Washington Redskins: The b ruiser from Nebraska averaged a meaty 6.6 yards per carry last season en route to his second consecutive 1,100+-yard campaign. He’s currently sitting third on the Washington depth chart behind Ryan Torain and Keiland Williams, but we all know the success head coach Mike Shanahan has had with a multitude of running backs.