The 49ers may have made a change at the quarterback position, but the move from Alex Smith to Colin Kaepernick has had no effect on what Vegas currently thinks about Jim Harbaugh’s crew.

Sin City sports books William Hill and the LVH both have the Niners posted at 3.5-1 to win the 2013 Super Bowl after the team’s 31-21 road win at New Orleans in Week 12. LVH has Tom Brady and the Patriots as the 3.5-1 co-favorite, while William Hill has four teams posted below San Francisco at 5-1.

In addition, the New York Giants made a big move up the boards to 8-1 at William Hill and 10-1 at LVH after snapping their two-game skid with a 38-10 dismantling of the Green Bay Packers on Sunday night. 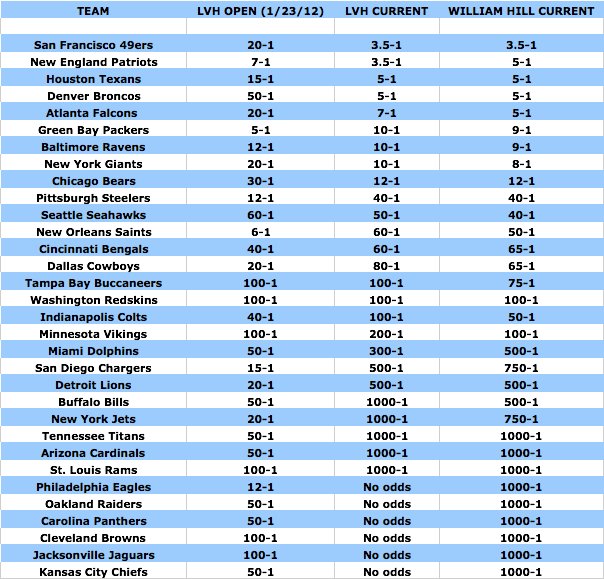