In the aftermath of four consecutive wins, the Chicago Bears have finally started to feel the Super Bowl love, as their odds to take home the NFL’s top prize moved from 33-1 to 20-1 after Sunday’s blowout win over the Detroit Lions, per Dave Mason and our friends at BetOnline.com.

What’s even more interesting is that over the next five weeks, Chicago has dates set with the Chargers, Raiders, Chiefs, Broncos and Seahawks, who currently post a combined record of 20-25 heading into Week 11. While you would have gotten a more favorable number last week, jumping the Bears at 20-1 now will almost certainly land you a better price than it would four or five weeks from today.

<p> If you couldn’t take the Packers, who would be your pick to win the Super Bowl?

Update: Houston has been moved to 15-1 due to the news that quarterback Matt Schaub is out for the rest of the season. 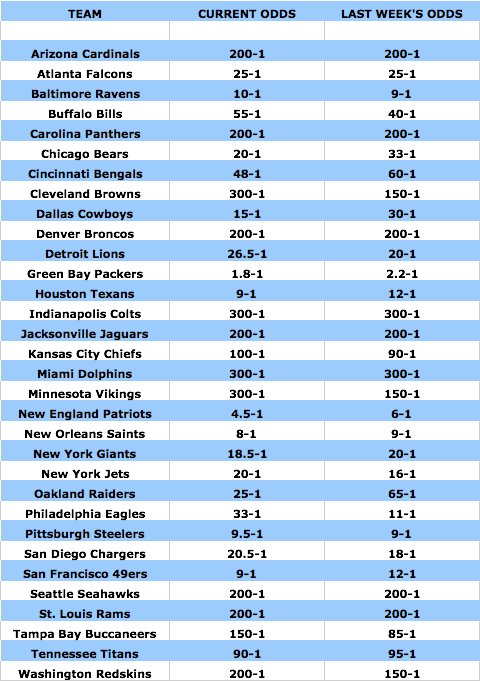